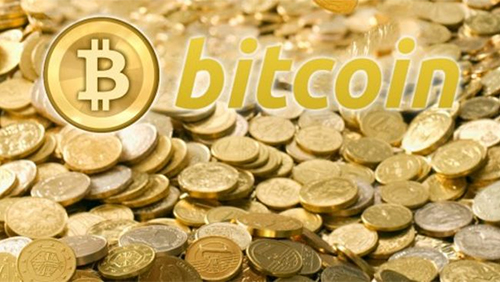 One by one, countries all over the world are drawing the line on the sand on how they treat Bitcoin. Germany is the latest to hop in on the bandwagon when its Federal Ministry of Finance confirmed that Bitcoin will be recognized in the country as a type of “private money”.

Although not yet regarded as a legal tender, or e-money in other cases, a ministry spokesman acknowledged that the currency can be treated as a ‘unit of account’ or ‘private money’.

That ‘unit of account’ phrase can be construed as vindication for the digital currency since the designation effectively means that it can continue to be used in Germany for both private and commercial sales.

On the flip side of that announcement, the FMF also pointed out that since bitcoins can be treated as private money, it would also fall under what the federal government can tax, specifically the 25-percent capital gains tax. The caveat with capital gains tax in Germany, and it’s not just about Bitcoin, is that they can be exempt from the tax if they’re held for more than a year. So if you’re from Germany and you decide to start hoarding bitcoins, all you need to do stay away from the clutches of Mr. Tax is to keep the currency for more than 12 months. Sounds simple, right?

While Germany’s ruling on Bitcoin appear to be favorable towards the currency, other countries that have issued similar judgments appear to be toeing the line on the opposite side.

Thailand got the ball rolling a month ago when it put out an “advice” on Bitcoin and using the digital currency was deemed illegal. Thailand stopped short of banning the currency altogether, according to Bitcoin adviser Michael Parsons, but made it known to its citizens its stance on the issue.

Shortly after that, the US jumped into the picture after a federal judge granted US regulators the green light to proceed with a lawsuit against an individual allegedly running a Ponzi scheme using bitcoins, effectively issuing a new salvo as if to say that it will do all it can to have a say on Bitcoin-related transactions. That was then followed by the New York Department of Financial Services issuing subpoenas to approx. two dozen companies with Bitcoin connections in an effort to get the ball rolling on discussions on how to regulate the currency.

Bitcoin’s rise to mainstream consciousness took another significant step after the digital currency’s pricing history can now be accessed by Bloomberg terminal users. According to BTC Geek, data from numerous Bitcoin exchange services, including Mt. Gox and Tradehill, are now being used on the ticker, which is currently available only to Bloomberg employees. All that could change, though, with the feature making its way to regular Bloomberg terminal customers under the label XBT.

This is yet another positive development for Bitcoin aficionados, a lot of whom are now seeing the legitimization of the digital currency. The fact that it now appears as a ticker on the Bloomberg terminal serves as another reminder that the currency is gaining more and more attention as the days go by.