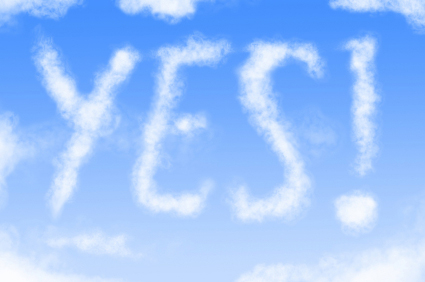 New Jersey has taken its latest baby step towards legalized sports betting after a law was passed by legislators allowing sports betting and horse wagering at certain venues. Those behind the bill will be happy but the struggle uphill will get underway once Governor Chris Christie signs the bill.

Even though the state’s voters gave their approval by 2:1 there still remains the small matter of overturning PASPA, the federal prohibition against sports betting outside of Nevada. The Attorney General can now mount the challenge following the law being passed and the aforementioned public support could give it more of a chance than it otherwise would have done. Unfortunately it won’t include any wording allowing online sports betting due to the reservations Christie holds in this department and the rush to please the Governor meant it being removed

The bill has been championed by Senator Raymond Lesniak, a man that was in confident mood following the law being signed, stating: “I guarantee a victory in the federal courts for New Jersey to be able to enjoy the same benefits from sports betting Congress has given to Nevada.”

Christie vetoed Lesniak’s last effort and if there’s a hint that Lesniak is hankering for some online loving it’ll be a good night for this effort and no joining Nevada in the sports betting game.

One man that’s been benefiting from Nevada’s sports betting industry is none other than prize boxer and women beater Floyd Mayweather. The unbeaten boxer is putting up quite the record as a sports bettor and backed up his record by winning big on the BCS National Championship game, in which Alabama shut out LSU. He tweeted the picture below with the comment “Just won $400k on Alabama, the new National Champs. Congrats to both teams!”

Mayweather is refularly placing wagers at the M Resort Sports Book and still has a few months left to bet even more before he ends up in the clink this year. 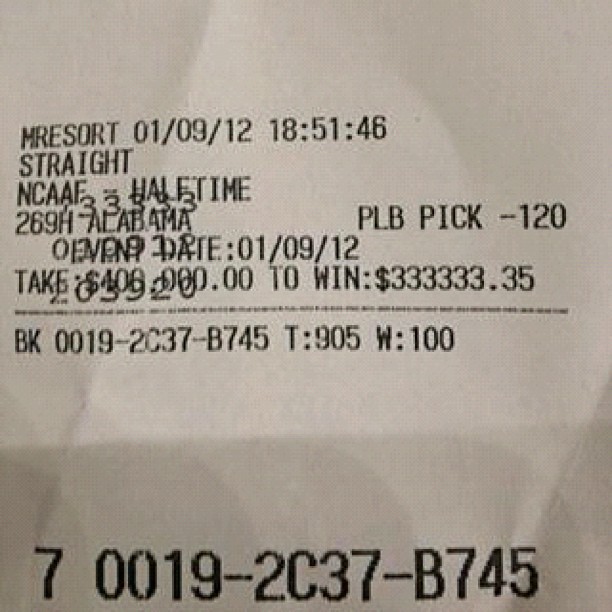