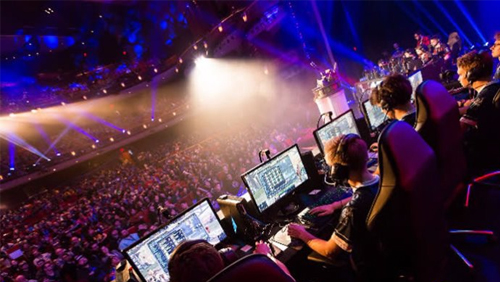 If you love eSports and wouldn’t mind a flutter of two, then you are in luck. Tony G and the gang at TonyBet are rolling out their sportsbook at a live eSports tournament near you.

Blood splatters on the wall.

The once grotesquely gangly carcass crumples to the floor.

A blood filled snowball of grey matter hits the door.

I try the door.

It might not seem like fun, but in 1996 this was the only thing preventing my ex-wife and me from getting wasted each weekend. I would take the controller and guide the protagonist through gothic like ghoul-filled gas stations, and my ex would shout out instructions and help with the puzzles.

Resident Evil: the first time I learned video games can be fun to watch.

Newzoo is the ‘expert on all things games’ so I pay attention when they say that we have 1.7 billion gamers in the world. That’s impressive when you consider there are 2.2 billion sports fans. In fact, eSports is nearly on par with ice hockey audiences.

Of these 1.7 billion gamers, 56 million of them are regular viewers of eSports. It’s believed that this number will grow to 145 million by 2017, and this is why the growth of video gaming as an eSport is suddenly creating a bit of s stir.

TonyBet has been offering gambling markets on eSports for some time now, but Tony G‘s private army recently announced plans to extend that offering to include live betting markets on tournaments such as Counter-Strike, League of Legends and Dota 2.

A representative for the company said that TonyBet is all about ‘being innovative and progressive’ hence their foray into a business that is expected to generate $1.1bn in revenue by 2017.

This is great news for eSports, but TonyBet had better put that pedal to the metal.

PokerStars et al. are right up their ass.