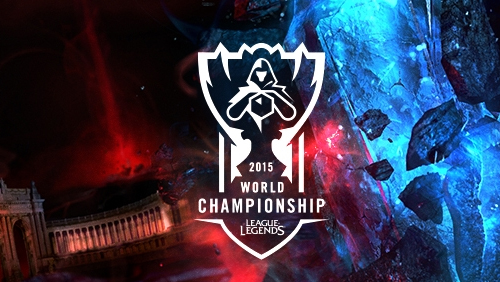 This is a guest contribution by Florian, co-founder of  www.esports-betting.pro. If you would like to submit a contribution please contact Bill Beatty for submission details. Thank you.

We all know that big sporting events—Soccer’s World Cup, the Super Bowl, the UEFA Champions League, among others—mean a lot for the gambling industry. Well, eSports also has events of the same magnitude, such as the League of Legends World Championship, or as fans often call it: LoL Worlds.

Before we get to the details of the tournament, let’s take a short look at the game we are talking about: League of Legends (LoL) is what gamers call the multiplayer online battle arena (MOBA) game published by Riot Games and released back in 2009. In competitive LoL, two teams of five players each fight to destroy the base of the other team. A game normally takes between 30 minutes to an hour.

According to Riot Games, 67 million users play the game at least once in a month with 27 million players online every day. This means there are at least 7.5 million gamers playing at the same time during each day’s peak play time. The vast majority of these players might be considered amateurs, but there are plenty of professional teams from across the globe that are competing in five regional leagues organized by Riot Games and its partners.

Riot Games was one of the first game publishers to invest big in broadcasting (streaming) eSports tournaments and leagues, and their success shows that they did the right thing at the right time. The finals of the last World Championship (a best of 5 series) were watched by 11.2 million concurrent viewers at its peak. Overall, 27 million unique users watch the final between Samsung White and Royal Club, tuning in for an average of 67 minutes. And yes, this was only the final battle.

The structure of the 2015 League of Legends World Championship has a lot in common with the UEFA Champions League, which I’m sure most readers should be familiar with. Even though the name of the tournament suggests a competition between nations, most of the teams have players from different countries or continents. In total, 16 teams seeded from five leagues based in Europe, North America, China, South Korea, South East Asia and two additional Wildcard Qualifiers are divided into four groups. The double round robin group stage ran from Oct. 1 to 11 in Paris.

After the group stage, the top two teams from each group advance to the quarterfinals of the Playoffs, which are played in London (SSE Arena, Wembley). From now on, the eight remaining teams are playing a best of five single elimination bracket called the Knockout Stage ending with the grand finals in Berlin on Oct. 31, and winners will take home the one million dollar first prize. The total prize money of the tournament is $2.13 million.

You can find out more about the teams, schedule, starting times and qualifiers in this overview of the LoL World Championship. If you want to take a closer look and watch the tournament live: The quarterfinals are running from Oct. 15 to 18, and several streams are available on Twitch, Azubu or the new gaming platform of YouTube. All streams are free to watch and have an integrated chat function to discuss the events with other fans, which might be another reason why the whole eSports scene is growing so fast. For readers in the UK: the quarter-finals of the LoL World Championship will be streamed live on BBC Three as well.

With the high numbers of fans watching, some parties have already started to take notice. Major brands in online betting have already realized the opportunities this event—and eSports in general—offers and have started added markets for normal match betting, group winners and even more. Some of the operators like Bet365 or Betway went a step further by adding the group stage matches to their In-Play markets for live betting. With the Knockout Stage (best of 5 series) about to start, handicap betting should receive increased attention from the players like we have seen during previous tournaments.

Besides these conventional betting markets, LoL is also offering the possibility of several new special bets for in-game events. For example, which team will kill the first enemy Champion (First Blood) or take the first 10 kills or how long the game will take—these special bets were introduced by Pinnacle Sports and some smaller eSports-only betting platforms one or two years ago, particularly in Europe and Asia.

With the rise of eSports, we are seeing big growth in fantasy eSports betting—currently considered a skill game and, for the time being, legal in the U.S.—which opens the door for some brands to enter this big market. Currently, Vulcun, Alphadraft and DraftKings are offering fantasy betting for LoL Worlds.

For European players who are not familiar with this kind of gambling, eSports betting actually has a lot in common with poker. Considering several rules, players are building a fantasy roster out of all available pro-players active on a particular day of the competition, and then enter them into a pool with other players. For this, they pay an entry fee plus rake. Each pro-player will receive a certain amount of points based on their performance. These points are added up for every fantasy team in the pool, which leads to a ranking among the players. The players are paid out a portion of the prize pool according to the position their fantasy team reached in the ranking with the other players.

Born in the early 80’s and grown up with a C64 and Amiga, Florian is co-founder of www.esports-betting.pro and long time eSports enthusiast and player.