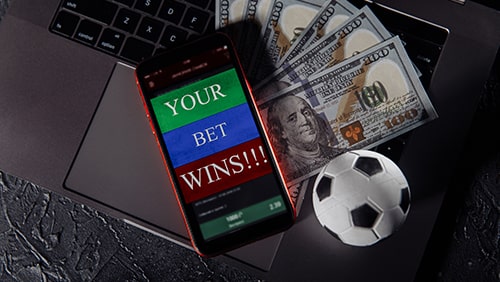 New Hampshire’s sports gambling market opened a year ago and sprinted off the blocks. Less than two years after the U.S. Supreme Court bashed lawmakers and certain lobbyists for having introduced PASPA, the state’s online sports gambling activity saw strong participation from the start, even though there was some concern over how the market might evolve. With that in mind, limits were placed on the number of licenses that would be issued and the type of venues that could hold a license. A new bill hopes to chip away at those limits, allowing New Hampshire to see a large sports gambling market with more sportsbooks popping up across the state.

Following the mobile-only launch, retail sportsbooks began appearing in New Hampshire when DraftKings descended on The Brook in Seabrook last August (it later expanded and was included in the Filotimo Casino & Restaurant in Manchester). Over the past six months, there has been more than $225.7 million in sports wagers made, according to the New Hampshire Lottery, and around $18.4 million of that has gone to sportsbooks. Legislators believe there’s more money to be made, though, and want certain restrictions in the state’s sports gambling laws removed.

One of these restrictions is on the type of wagers that can be placed. Currently, physical sportsbooks and gambling kiosks aren’t able to include live in-game odds, which handicaps gamblers. New Hampshire Representative Tim Lang, who sponsored the gambling bill, is leading the charge to get this changed and told The Center Square, “It makes zero sense. I could literally be sitting in the casino, where I could place a bet before the game started. But once the game started, I would have to take out my phone to place another bet.”

Lang put together House Bill 330 (HB330) to address that flaw in the gambling laws and took advantage of the effort to add some additional actions. Currently, only a maximum of ten retail sportsbooks are allowed in the state; however, if Lang’s bill were to be approved, there would be no cap. This might be tied to an initiative begun by the Lottery, which manages New Hampshire’s sports gambling market, given that the entity has trademarked a new name that is most likely linked to sports gambling. Sports 603 is expected to be a company run by the Lottery that would put sports gambling kiosks in locations around the state where residents can buy lottery tickets.

New Hampshire’s immediate neighbors don’t yet offer sports gambling, which is part of the reason the state has seen a high level of success. Maine, Massachusetts and Vermont don’t have sportsbooks, but could soon, and New York’s upstate sportsbooks are too far away. The Empire State could see more sports gambling activity later this year, but there’s still a long road ahead. In the meantime, New Hampshire will be able to capitalize on the Super Bowl and the NCAA’s March Madness, two of the most popular sports gambling activities on the market.