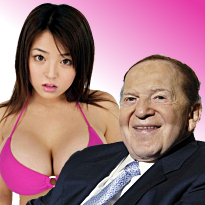 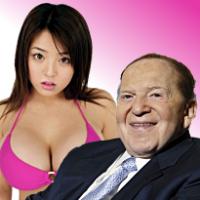 Las Vegas Sands’ China Sands casino is now in the crosshairs of the Macau government after the latter launched an official investigation on the Sheldon Adelson-owned company regarding the wrongful termination suit filed by Steve Jacobs, the company’s former CEO, according to CNBC.

Jacobs was fired in July 2010 after butting heads with the Sands owner over what the former alleged was improper business practices that included letting prostitution to run loose in the Macau casinos. After Jacobs launched his Project Clean Sweep back in May 2009 to purge the practice out of the casinos, Adelson unceremoniously cut ties with Jacobs, forcing the latter to take action and file a lawsuit against his former employer.

In the lawsuit, Jacobs also claimed that the casino withheld financial documents that tied Adelson up with personally approving prostitution at Sands’ Macau properties.

Sands has also come under fire for apparently withholding these documents from the Securities and Exchange Commission, saying that it couldn’t be brought to the US because they fell under Macau’s Personal Data Protection Act. However, the company’s lawyers eventually recanted that and acknowledged to District Court Judge Elizabeth Gonzales back in June that they were actually in possession of these documents from Jacobs’ computer hard drive as early as 2010.

CNBC also reported that it was the nonprofit investigative-journalism organization ProPublica that blew the lid on the documents’ whereabouts last week, citing a court filing and a deposition of Sands Assistant General Counsel Michael Kostrinsky where, according to these filings, the documents in question were supposedly transported “in error” on a hard disk to the US back in November 2010 without notifying Macau authorities.

As the company continues to vehemently deny all the charges made by Jacobs, Sands lawyers will still have to show up for a hearing on August 30 in the US where Judge Gonzales will determine whether the company knowingly withheld these documents. Sands spokesman, Ron Reese, also told CNBC that Sands has nothing to hide, saying that the “questions will be answered in due course in the most appropriate forum—namely the courtroom.”

Having said that, we’ll be very interested to see how the company’s lawyers can explain their way out of this mess. Lord knows they’ve got their work cut out for them.