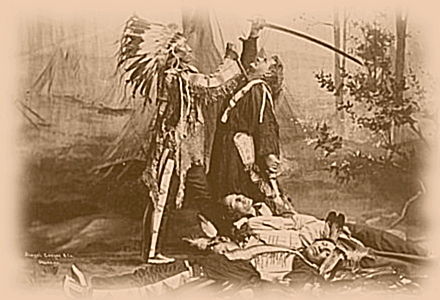 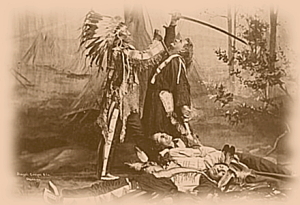 On Thursday, the Senate Indian Affairs Committee will conduct a hearing into ‘What’s At Stake For Tribes’ in the battle for regulated online gambling in the US of A. At October’s House of Representatives Subcommittee on Commerce, Manufacturing and Trade hearing into online poker, Ernest Stevens, chairman of the National Indian Gaming Association (NIGA), was one of the few voices urging caution on the apparent rush to authorize and regulate online poker.

Stevens, a member of the Oneida Nation, reminded the assembled politicians that tribal gaming “is the Native American success story,” in that, by 2010, 240 of the 565 federally recognized tribes relied on gaming to generate revenue for their communities. As such, Stevens was emphatic that, should a federal online poker system be enacted, tribes should not only play a lead role, they should also be granted a limited period of exclusivity. Anything less would violate existing compacts and treaties between tribes and the federal government.

At the NIGA’s mid-year conference in Connecticut last month, there was much talk about Senate Majority Leader Harry Reid (D-NV) preparing to unleash an online poker ‘shadow bill’ in the dying days of the 2011 congressional session. John Harte of the Mapetsi Policy Group reminded conference attendees that provisions in Reid’s draft legislation from 2010 limited potential licensees to land-based operators with five years experience running more than 500 gaming machines – a requirement that would have “shut out more than half of the tribes that conduct gaming in Indian country, not to mention all of the tribes that don’t do gaming.” And like the online poker bill currently on offer by Rep. Joe Barton (R-TX), Reid’s bill offered no protections for exclusivity provisions in tribal-state compacts. Tribes are justifiably concerned that Reid’s 2011 followup will not have addressed these issues.

These concerns are not just theoretical. One need only look to current headlines from Florida, where the state is conducting hearings on the feasibility of authorizing companies like Las Vegas Sands, Wynn Resorts and Genting to build ‘destination casinos’ in Miami-Dade, Broward and other counties. Florida’s Seminole Tribe has protested these plans, pointing to the compact it signed with the state just last year – a supposedly 20-year agreement giving the Seminoles exclusive rights to offer table games and to operate slot machines in certain counties. State Sen. Ellyn Bogdanoff and Rep. Erik Fresen, the pols that introduced the destination casino legislation, have referred to the compact as “toast” and “not worth the paper it is printed on.” In response, Seminole chairman James Billie has promised to “vigorously fight against any attack on our compact” and urged legislators “to refuse to pass any legislation that violates contractual agreements.”

Social gaming outfit Zynga was recently accused of ‘Indian-giving’ because it was asking some early employees to surrender stock options they’d been promised when the company was first getting off the ground. It’s worth remembering just how that noxious phrase came into being – and why the tribes are so determined not to let any level of US government get away with it ever again.