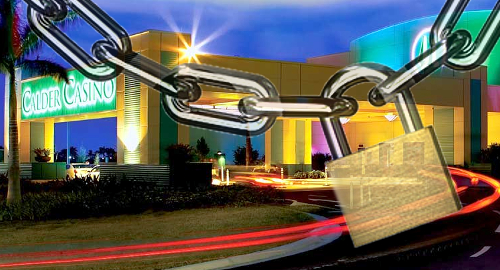 Casino operator Churchill Downs Incorporated (CDI) has been forced to close its Miami casino less than one month after it reopened the property following a resurgence of COVID-19 cases.

On Monday, CDI announced that the “temporary suspension” of operations at its Calder Casino in Miami Gardens, Florida, in keeping with the order issued by Miami-Dade Mayor Carlos Gimenez to shut all local entertainment venues following a surge in local COVID-19 infections.

The Calder Casino had only just reopened on June 12 following the company’s new ‘CDI 360 Degree Approach to Safety,’ which included capacity restrictions, enhanced cleaning/sanitizing, plexiglass dividers and reduced capacity on its gaming floor. But while staff were provided with personal protective equipment, wearing masks wasn’t made mandatory for casino customers, unlike in some other casino jurisdictions.

On July 2, with Florida’s new COVID-19 infection count hitting a daily record of 10,109 – which was topped two days later with 11,458 new cases – Mayor Gimenez announced that he was “rolling back the reopening” of all four casinos in the region – Hialeah Park, Casino Miami, Magic City and Calder – until further notice.

The shutdown doesn’t impact the Miccosukee Resort & Gaming venue, which is run by the Miccosukee Tribe, a sovereign government not subject to local authorities. The Seminole Tribe of Florida, which operates three casinos in neighboring Broward county, is carrying on business as usual, as are Broward’s privately run racino operators (for the time being, at least).

Some individual casinos in other states were recently forced to close their doors following orders from local authorities (including Rivers Casino Pittsburgh and most California cardrooms) and/or positive tests among casino staff (several tribal venues in Arizona and Oklahoma).

The Nevada Gaming Control Board said last week that it was probing 111 suspected compliance failures at local casinos. Fearful that Sisolak will order the state’s gaming venues to close a second time, Nevada casino operators are reportedly taking a tough line with staff regarding compliance. Guests are said to be largely complying, although there remain some notable outliers.

On Saturday, a customer at the Hard Rock Hotel & Casino in Lake Tahoe was arrested for trespassing after refusing to put on a mask, despite repeated warnings from staff to either mask up or amscray. The unidentified man refused even to comply after police were called, saying he didn’t care what the law said.