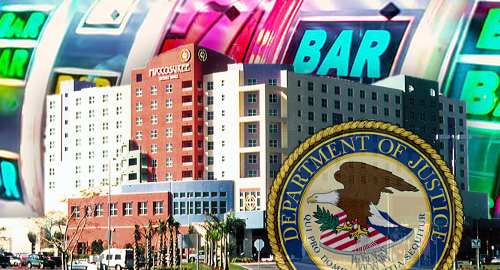 A Florida tribal casino was scammed out of $5.3m by a group of former staffers who tampered with video slots to generate bogus credit vouchers.

The feds say the scam, which began way back in January 2011 and concluded in May 2015, involved four employees of the Miccosukee Resort & Gaming facility on the western outskirts of Miami. The four, along with four non-employees, cooked up a scheme to defraud the casino by tampering with its electronic gaming machines (EGM).

The machines were rigged by connecting a wire to a device inside that was responsible for recognizing coins, while the other end of the wire was connected to a different part of the EGM that caused the machine to record the bogus coin-in total.

Once the machines were sufficiently loaded, the four indicted individuals posing as gamblers would direct the machine to issue a credit voucher for the ‘deposited’ amount. These vouchers would then be redeemed either at one of the casino’s ATMs or via the casino cashier.

After the credit voucher had been issued, the shady casino staffers – Michel Aleu, Lester Lavin, Yohander Jorrin Melhen and Leonardo Betancourt – would force a ‘hard reset’ of the EGM that would erase any sign of the bogus deposit.

The feds, who got assistance from both the FBI and the local Miccosukee police, say the scammers used their ill-gotten gains to buy houses, investment properties, vehicles and to fund their kids’ college educations. The feds are seeking the forfeiture of all these assets (and perhaps forcing the kids to transfer to the University of Phoenix).

The Miccosukee scam was far more extensive than the one that plagued the Mohegan Sun Pocono a few years ago. That scam involved the casino’s VP of player development using customers’ rewards club ID and PIN numbers to print up bogus reward cards loaded with over $400k in free slot play over a one-year period.