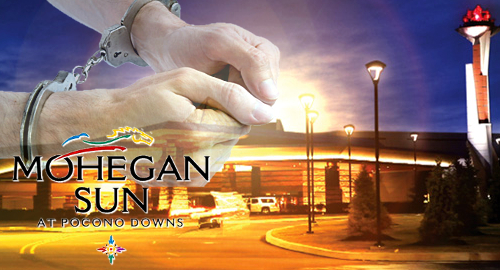 A former top exec at Pennsylvania’s Mohegan Sun Pocono casino has been sentenced to nearly three years in prison for his role in a scam that took the casino for over $422k.

On Friday, Robert Joseph Pellegrini, who acted as the Pocono casino’s VP of player development until his January 2016 arrest, was sentenced to 32 months in jail and ordered to make restitution to the casino for the money he and his co-conspirators stole via an elaborate free-play slots scam.

The scam involved Pellegrini using real Pocono casino customers’ players reward IDs to create bogus reward cards loaded with a total of over $478k in free slots credits. Heltzel, a longtime Pocono customer, used the cards to gamble with the house’s money, then split the winnings with Pellegrini and a Pocono beverage server.

Earlier this year, the Pennsylvania Gaming Control Board (PGCB) launched a probe into “possible operational control deficiencies” at the Mohegan Sun casino. The following day, the Mohegan Tribal Gaming Authority (MTGA) announced that CEO Bobby Soper was leaving the company, although Soper insisted that the two events were unrelated.

BUH-BYE MTGA, HELLO MGE
Meanwhile, the MTGA announced this week that it was rebranding under the new moniker Mohegan Gaming & Entertainment (MGE). The MTGA/MGE’s CEO Mitchell Etess said the name change reflected “where we are today as far as an overall entertainment company and our advancement as a major player in commercial gaming worldwide.”