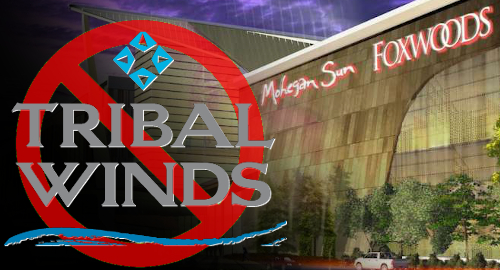 Connecticut’s tribal gaming operators are shelving plans for a joint venture casino in East Windsor, which could help smooth the state’s path to legal sports betting.

On Wednesday, the Hartford Courant reported that the Mohegan and Mashantucket Pequot tribes – which respectively operate Connecticut’s only two casinos Mohegan Sun and Foxwoods – had ‘temporarily’ abandoned plans to build their Tribal Winds casino in the northern portion of the state.

Tribal Winds was conceived nearly four years ago as a way to deter Connecticut gamblers from crossing the border into Massachusetts to visit MGM Resorts’ new MGM Springfield venue, which opened with great fanfare in September 2018.

MGM, with the help of the federal government, immediately launched an obstructionist campaign to sandbag Tribal Winds’ development, while claiming that its objections were rooted in MGM’s desire to build a Connecticut casino in Bridgeport. The feds eventually dropped out of the fight in early 2019 amid mounting allegations of former DOI secretary Ryan Zinke’s collusion with MGM.

But COVID-19 provided the ultimate disincentive to proceed with Tribal Winds, as both tribes’ existing casinos have struggled mightily to turn a profit while operating at only 25% capacity due to medical precautions. Foxwoods’ slots revenue was down 24.4% in October while Mohegan Sun slipped 18%.

The tribes haven’t permanently abandoned their desire to operate in East Windsor, but expansion is simply not a priority in the current business climate. This week, Foxwoods temporarily shut two of its hotels due to lack of demand for their combined 1,115 rooms, resulting in around 100 staff being furloughed.

Also, while the East Windsor project only carried a projected price tag of $300m split between the two tribes, Mohegan Gaming & Entertainment (MGE) has a number of more pressing financial issues at hand, including its Inspire Athens project in Greece, which is expected to cost €1b, and its integrated resort project in Incheon, South Korea.

PATH CLEAR FOR SPORTS BETTING, IGAMING?
The upside to Tribal Winds’ temporary demise is that it could ease the state’s path to legal betting. The state’s previous legalization efforts fell apart this spring due to stakeholder squabbling, with one bill restricting wagering to the two tribes, while another would cut in the state lottery and off-track betting operator Sportech.

Gov. Ned Lamont favored the bill that allowed greater competition, a view that he also shared regarding the state authorizing a third casino. But with Tribal Winds off the table and MGM’s former CEO Jim Murren having moved on to other fights, the remaining parties appear sufficiently motivated to find a way to boost gaming revenue streams back to something resembling normal.

On Monday, Lamont announced his intention to propose his own betting framework, which would also aim to legalize online casino products. The CT Mirror quoted the governor saying iGaming was “something that’s going on all around us, and I think Connecticut should participate.”

Lamont’s administration is said to favor a deal that would limit betting/iGaming to the tribes, with the Connecticut Lottery possibly thrown a bone in the form of ‘iKeno’ and online ticket sales. That would sideline Sportech, and it remains to be seen whether the UK-based firm has the lobbying clout to obstruct any deal in which it’s not included.

Mashantucket Pequots chairman Rodney Butler said his group had held “ongoing conversations” with Lamont and it “feels like the stars are aligning” for gambling expansion. Mohegan Tribal Nation chief of staff Chuck Bunnell said the pandemic had “brought some clarity to this industry and what the future may hold.”

Foxwoods inked a prospective sports betting deal with DraftKings this week, while MGE has had a deal with European betting tech outfit Kambi since 2019.