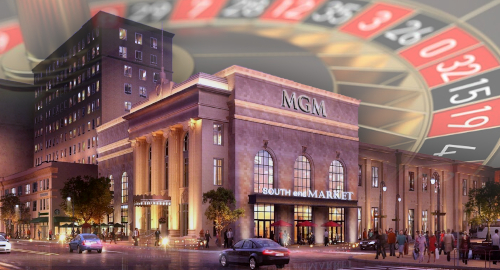 GM Resorts’ Massachusetts casino added over $640m in value to the state economy in its first year of operations, but it’s anyone’s guess what the future holds in a COVID-19 environment.

A University of Massachusetts study released Wednesday shows the MGM Springfield casino in the state’s southwest corner had a payroll that averaged 2,538 jobs in 2019, the property’s first full year of operations following its September 2018 launch.

The individuals working those jobs collected combined pay of $85.2m, while the casino and its visitors created an additional 3,740 jobs beyond its walls, bringing the total personal income supported by MGM Springfield to nearly $357m.

All told, MGM Springfield’s first full year resulted in $974.2m in new economic output, of which $640.1m was value added. The casino spent $110m with local vendors and made $101.5m in payments to the state while its customers generated $66.3m in new off-site spending.

However, MGM never managed to fulfill its promise to the state that its Springfield casino would ultimately employ 3k state residents. The casino came closest to that number during its grand opening, but the payroll ultimately shrank to around 2k as the property continued to perform well below expectations.

The casino currently employs only around 800 staff following its pandemic shutdown this spring and eventual reopening in August at around one-third capacity. With no sign of normalcy returning for the foreseeable future, MGM laid off around 1,000 furloughed Springfield staff at the end of August.

MGM Springfield also failed to live up to its lofty pre-opening revenue forecasts of nearly $35m per month. The casino peaked in its first full month of operations at just under $27m and has averaged only around $21.5m ever since.

Both MGM and Wynn’s properties were prevented from offering poker, craps or roulette when the MGC cleared them to reopen this summer. The MGC announced last week that it would allow roulette wheels to start spinning again, but under significant restrictions.

For one thing, Encore can operate 16 roulette tables while MGM is allowed only seven. Furthermore, the standard nine seats at any one table will be limited to three, all of which must be separated by plexiglass, and no standing spectators will be permitted.