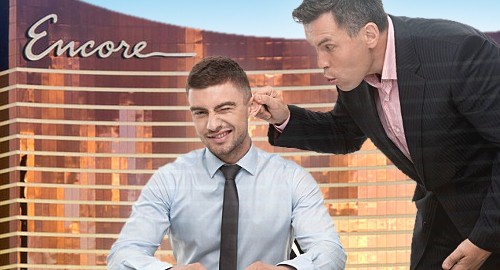 Massachusetts’ newest casino had its best month ever in December, while the state’s other two properties sunk to new record lows.

Encore’s tables have been on the rise ever since the property announced that it was cutting its table game bet minimums from $50 to $15 after realizing that Boston was neither Las Vegas nor Macau, and thus cutting the property off to anyone but high-rollers was hurting its bottom line.

It was a vastly different story over at MGM Resorts’ MGM Springfield property in the state’s southwest corner. MGM Springfield, which opened in August 2018, saw its total gaming revenue sink to $18.95m in December, nearly $1m below November’s total and around $750k below the previous record low set in January 2019.

The same sad song was being sung at Penn National Gaming’s slots-only Plainridge Park Casino, which reported revenue of $10.2m, nearly $800k below its previous worst showing in November.

The full-year 2019 figures show that Encore ($314m) handily surpassed MGM ($252.6m) despite Encore having only opened its doors in the final week of June. With MGM publicly musing about selling the Springfield real estate to pad its balance sheet, it would make sense to do that deal ASAP to ensure the price doesn’t fall too far.

Plainridge Park’s FY19 revenue total came to $151.9m, down 11.4% from 2018’s total. Penn National execs have previously suggested that the slots-only venue will likely continue to suffer indignities at the hands of its two state rivals, making the future of the property one giant question mark.

CONNECTICUT SLOTS BACK TO NEGATIVE GROWTH
The arrival of MGM Springfield and Encore were blamed for doing a number on the slots revenue of Connecticut’s two tribal gaming venues, Foxwoods Resort Casino and Mohegan Sun. That slots slide appeared to have ended last October, when both properties posted modest annual gains in slots revenue, an upward trend that continued in November.

Well, hold the parade, because December’s figures are in and Foxwoods saw its slots revenue fall 10.1% to $33.6m while Mohegan Sun tumbled 11.8% to $43.9m. Both properties reported double-digit declines in slots handle, so it wasn’t just a case of some lucky seniors hitting major jackpots.