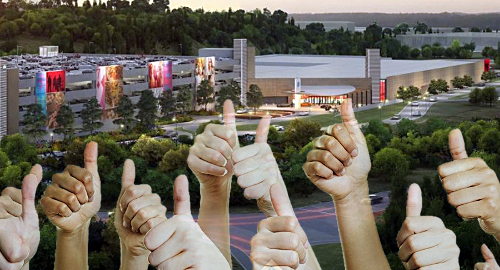 On Thursday, the US Department of the Interior (DOI) posted a notice to its website saying that the Bureau of Indian Affairs (BIA) was now okay with the revised gaming compact between the Mashantucket Pequot Tribal Nation and Connecticut’s state government. The notice (read it here) offered no rationale behind the feds’ sudden change of heart.

The Mashantucket tribe had teamed up with the state’s Mohegan tribe on a proposed joint venture casino project in East Windsor they’re now calling Tribal Winds. In order to operate a casino off tribal land, the tribes were required to amend their gaming compacts with the state, a task that was accomplished nearly two years ago.

But amended gaming compacts require rubber-stamping by the feds, and while the DOI originally signaled it had no problem with the plan, its officials then began to stall, neither approving nor rejecting the plan. The state and the tribes eventually sued the DOI, alleging that then-secretary Ryan Zinke was doing a favor for MGM Resorts, which was building its Massachusetts casino MGM Springfield just across the border.

MGM’s public objections to the Tribal Winds project have centered on the state having foregone an open tender for the right to operate the state’s third casino, but cynics believe MGM simply didn’t fancy the local competition that Tribal Winds would bring.

In June 2018, the DOI approved the Mohegan’s amended compact but stayed mute on the Mashantucket compact. The Mashantucket tribe continued to fight the government in court and Zinke resigned in December 2018 amid multiple probes into sketchy behavior in the line of duty, including potentially lying to federal investigators over the Connecticut casino kerfuffle.

On Thursday, Mashantucket chairman Rodney Butler issued a statement hailing his tribe’s victory, calling it “a great day” and expressing gratitude to other DOI officials who apparently weren’t as amenable to MGM’s lobbying as Zinke. Butler said construction on Tribal Winds could now proceed, although financing for the $300m-$400m project has yet to be locked down.

And MGM, which claims to be interested in building a casino in Bridgeport, said Thursday that it would “continue to pursue all legal options, including litigation, to defend our right to compete in Connecticut.” So maybe just hold off on those shovels a while longer…