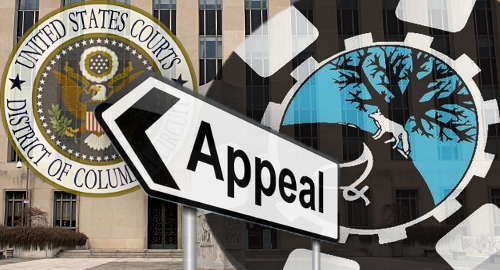 On Wednesday, Politico reported that the Mashantucket Pequots had filed an appeal of last month’s ruling by US District Court for the District of Columbia Judge Rudolph Contreras, who dismissed a legal challenge of the federal Department of the Interior’s (DOI) refusal to approve the joint venture casino project.

That casino was to be built by the Mashantucket Pequot (operators of the Foxwoods Casino Resort) and the Mohegan tribe (operator of the state’s Mohegan Sun casino) off tribal lands near the town of East Windsor along Connecticut’s northern border. The tribes planned the casino as a buffer against MGM Resorts’ new MGM Springfield casino in southern Massachusetts.

The two tribes, along with Connecticut’s state government, sued the DOI last December for failing to observe its own rules for responding to tribal requests to amend state gaming compacts. This summer, the DOI’s Bureau of Indian Affairs (BIA) finally okayed the Mohegan’s amended compact but kept mum regarding the Mashantucket.

The Mashantucket’s filing alleges that the DOI’s stonewalling was “the product of improper political influence and was therefore ‘arbitrary and capricious’” and thus a violation of federal law.

The tribe’s new filing cites “information and belief” that Zinke had dinner with Heller at a Las Vegas steakhouse in July 2017, during which Heller “directly pressured” Zinke to “do what was necessary” to scuttle the East Windsor casino project.

The filing says the tribes’ suspicions were confirmed by DOI assistant deputy secretary James Cason, who reportedly told the tribes that “members of Congress were starting to pressure the Department to not approve” the new casino.

Zinke’s actions are currently the subject of four different probes by the DOI’s inspector general (IG), including one related to the Connecticut casino affair. But this week brought reports that the White House intends to dismiss the current IG in favor of a political appointee, Suzanne Tufts, a move that veteran DOI-watchers have described as both extremely unusual and highly suspect.

In delivering his late-September dismissal of the lawsuit, Judge Contreras allowed MGM the right to intervene should the tribes and the state appeal the ruling. An MGM spokesperson called the new appeal a “meritless attempt” at overturning justice, and likened it to “a student asking for a do-over after failing a test.”