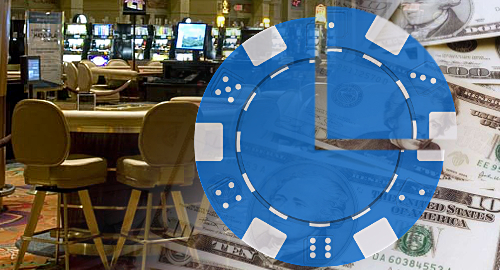 On Thursday, the Mashantucket Pequot and Mohegan tribes sent a letter to Gov. Dannel Malloy, Attorney General George Jepsen and state legislators, offering to give the state a 25% cut of gaming revenue from their proposed joint venture casino in the north of the state near East Windsor.

The tribes, which operate Connecticut’s only two casinos, Foxwoods and Mohegan Sun, currently provide the state with 25% of their respective slots revenue, in accordance with the terms of their tribal-state gaming compact. Thursday’s letter offers the state a 25% cut of not only the third casino’s slots revenue, but also on its table game revenue.

The offer, which was signed by Mohegan chairman Kevin Brown and Mashantucket Pequot chairman Rodney Butler, is intended to assuage concerns expressed in last month’s legal opinion by Attorney General Jepsen, who warned that there were “not insubstantial” risks in approving the third casino plan.

Those risks include the potential voiding of the gaming compact’s guarantee of slots exclusivity, which could be triggered regardless of whether it’s the tribes themselves who are operating the rival gaming business outside their federally recognized tribal territory.

In addition to promising the 25% cut of the proposed third casino’s overall gaming revenue, the letter says the tribes are “committed to guaranteeing our existing slot revenue arrangement with the state and are proposing compact amendments that will ensure those revenue streams are preserved.”

It remains to be seen whether the letter is enough to convince legislators to proceed. On Wednesday, Connecticut House Speaker Joe Aresimowicz said the legislation that would authorize the third casino had only a “50-50 chance” of coming up for a vote in the current legislative session.

The state is also mulling a separate bill that would launch an open tender for the right to build an off-reservation casino. MGM Resorts, which is building its $950m MGM Springfield resort in Massachusetts just over the border from East Windsor, has voiced its support of this bill and has threatened legal action if the state simply awards the commercial casino license to the tribes.

The tribes’ push for a third casino near the Massachusetts border was expressly intended to prevent Connecticut residents from traveling outside the state to gamble. The tribes have threatened to scrap their 25% slots revenue sharing if the state proceeds with an open tender for a commercial casino.

Meanwhile, last week saw MGM hoist the final beam on the MGM Springfield project, which is scheduled to open in September 2018. MGM Springfield president Michael Mathis couldn’t resist twisting the knife, saying the project was open to hiring any Connecticut casino workers who find themselves displaced after the Massachusetts casino opens.