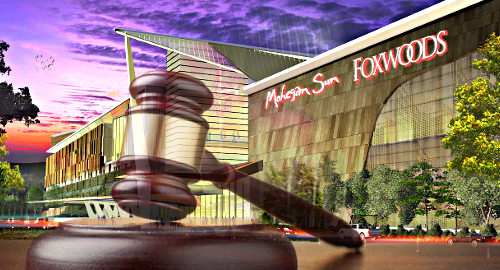 Connecticut’s proposed tribal casino expansion hit a snag over the weekend after a judge ruled that the federal government was under no obligation to approve the project.

On Saturday, Judge Rudolph Contreras of the US District Court for the District of Columbia said the plaintiffs – the Mashantucket Pequot and Mohegan tribes, along with the state of Connecticut – had “failed to state claims upon which relief may be granted” in their efforts to compel the federal Department of the Interior (DOI) to approve a new casino off tribal lands.

The joint venture tribal partners want to build a new slots-only gaming hall in East Windsor, close to the state’s northern border with Massachusetts, where MGM Resorts’ new $960m MGM Springfield opened last month. The tribes intended the slots hall as a way of keeping gambling money in the state rather than flowing into MGM’s shiny new venue.

Initially, the DOI’s Bureau of Indian Affairs (BIA) failed to respond to the tribes’ request for approval of amending their gaming compacts with the state of Connecticut to permit the new casino project. But in May, the BIA okayed amending the Mohegans’ gaming compact, while staying mum on its view of similar amendments to the state’s deal with the Mashantucket Pequots.

Turns out that the DOI’s approval of the Mohegan deal didn’t actually represent a change of heart. The feds simply had more legal wiggle room with the Mashantucket Pequot deal, which wasn’t technically a compact, having been negotiated under “secretarial procedures.”

The tribes and the state had sued the DOI due to its perceived failure to honor the terms of the Indian Gaming Regulatory Act (IGRA), which requires the DOI to respond to requests to amend tribal-state compacts within 45 days.

The DOI argued that it was the state’s lawsuit, not IGRA, that dragged it into this fine mess, and Judge Contreras agreed, saying the Mashantucket Pequots lacked standing to compel DOI into acting on the request. Adding insult to injury, Contreras ruled that MGM has the right to intervene if the tribes and the state file an appeal of his ruling.

MGM, which has spent a tidy sum on legal and lobbying fees doing all it could to thwart the tribes’ joint venture plans, issued a statement calling Contreras’ ruling “thorough and unambiguous” and a “clear rejection of the tribes’ insistent efforts to obtain a no-bid commercial casino license in Connecticut.”

In public, at least, MGM’s opposition to the joint venture casino was based on its arguments that no commercial casino operators were invited to bid for the right to operate Connecticut’s first casino off tribal lands. MGM proposed building its own $650m Connecticut casino in Bridgeport, but state legislators shelved this plan in May.

Neither Connecticut’s state government nor the tribes have specified their intentions for proceeding further, saying only that they’re reviewing their options.