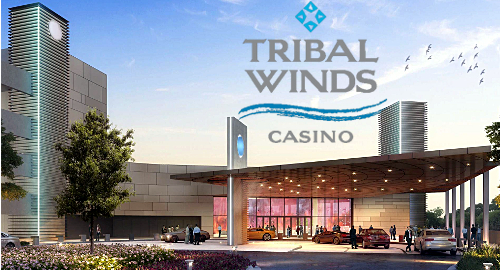 Connecticut’s two tribal gaming operators insist they’re committed to their joint venture casino project, which finally has a brand name, if not a launch date.

This week, the Mashantucket Pequot and Mohegan tribes offered state legislators an update on their plans to build a $300m joint venture casino near East Windsor on the state’s northern border with Massachusetts. The tribes also revealed that the venue will operate under the Tribal Winds name.

The tribes say their MMCT Venture has spent $14m to date preparing the ground on which Tribal Winds hopes to rise and they say the venue could open within 18-24 months of them getting the okay to commence construction. But ongoing uncertainty regarding federal regulatory approval and other legal challenges continue to plague the project.

The two tribes make no secret of who they blame for their inability to commence work on the project: (a) the federal government’s Department of the Interior, which the tribes accuse of improperly withholding its approval, and (b) commercial casino operator MGM Resorts, who the tribes claim engaged in “heavy lobbying” of the DOI aimed at protecting its new MGM Springfield casino just across the border from East Windsor.

As for the federal government, the tribes may have caught a break shortly before Christmas, when DOI Secretary Ryan Zinke – whom the tribes have fingered as being behind the DOI’s “arbitrary and capricious” delaying tactics – was forced to resign amid a number of federal ethics probes, including allegations that he lied to investigators when asked about the Connecticut casino kerfuffle.

On Tuesday, Mashantucket chairman Rodney Butler told state legislators that the tribes “understand there are skeptics out there” regarding Tribal Winds, but insisted the casino was “a shovel-ready project” that will create jobs and generate tax revenue. The tribes urged the state to allow them to move forward on the project even without federal approval.

For its part, MGM reiterated its position that, if the state is willing to authorize a third casino off tribal land, then MGM wants the opportunity to build a casino near Bridgeport. MGM urged the state to “move beyond the back-and-forth of the past few years and establish an open, competitive bidding process for a commercial casino.”