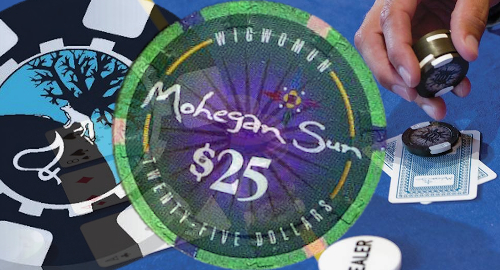 Connecticut’s two tribal casino operators took it on their respective chins in 2020, as COVID-19 laid waste to both gaming revenue and plans for the future.

Shortly before New Year’s Eve, the Mohegan Tribal Gaming Authority (MTGA) filed its fiscal 2020 report card – covering the 12 months ending September 30 – during which the company booked a net loss of $162.1m compared with a mere $2.5m loss in 2019. The MTGA noted that $126.6m of 2020’s loss was an impairment on intangible assets of its Mohegan Sun Pocono casino in Pennsylvania.

MTGA’s gaming arm Mohegan Gaming & Entertainment (MGE) reported revenue at its flagship Mohegan Sun casino in Connecticut falling nearly 28% from 2019 to $715.7m. The Pocono property was down a similar percentage to $181.2m, while the management contract of the casino on the Canadian side of Niagara Falls brought in $180m, up 60% from 2019 (during which MGE was in charge for only the last six months).

MTGA noted that it had ‘substantial doubt’ regarding its ability to make good on some $615m in debt coming due in October. However, MGE CEO Mario Kontomerkos told local media that the language in the report was “a required accounting designation” and that the company had “no plans for expanded furloughs or layoffs at this time to address these maturities.”

Connecticut’s two casinos were shut down in mid-March and didn’t reopen until June. Despite this time-out, as well as the ensuing pandemic health & safety restrictions, Mohegan Sun’s operating profit was down only 17.8% year-on-year to $128.4m.

The financial pressure contributed to last month’s announcement in which the two tribes called time on their proposed $300m joint venture casino in East Windsor. MGE also pushed back the opening of its South Korean casino project by a year.

Each casino shares 25% of its slots revenue with the Connecticut government, meaning their pain is the state’s pain. Neither property expects a complete rebound to ‘normalcy’ in 2021, although the state now has extra motivation to press ahead with plans to legalize sports betting this year.