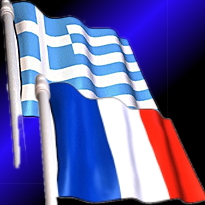 Greece’s threatened refusal to sell its 34% stake in monopoly gaming provider OPAP makes a lot more sense now that the country appears to be preparing to ram through online gaming legislation that would dramatically benefit OPAP at the expense of international operators. Senior Greek parliamentarians have reportedly been recalled for debate on the proposed law, and could theoretically reach a vote-ready conclusion as early as Thursday (Aug. 4).

This would no doubt infuriate the European Commission, which has already expressed concerns that certain aspects of the Greek draft law – such as requiring licensees to set up a Greek subsidiary, install servers within Greece, rely exclusively on Greek banks to process transactions, and observe a ‘blackout’ period during which OPAP would continue to take Greek punters’ wagers – “appear to restrict the freedom to provide services.” Given that it was only last month that Greece accepted its second €100b+ bailout from the EU and the IMF, such ‘gratitude’ must really stick in the EC’s craw.

In what amounts to a reversal of French case law dating back to 1877, the French Criminal first instance Court of Toulouse has ruled that poker is a game of skill. The case started when French citizen Jean-Pierre Gleizes was accused of running private Texas Hold’Em poker events in public venues. Under existing French law, poker is considered a game in which chance outweighs skill in determining a monetary winner, making such games illegal without the proper licensing. But in 2009, the Court of Appeal of Versailles acknowledged that the element of chance dissipated with the number of poker hands played, leading them to conclude that poker was “a reasoned game of chance.” (A Swedish court made roughly the same ruling this April, as did a London court way back in 1921.)

Gleizes’ attorneys saw an opportunity to stick a wedge into this judicial crack, so they chose a defense centered on the argument that poker was a game of skill, which would render the illegal gambling charges moot. The defense called three ‘experts’: a pro poker player, a mathematics professor, and a top-ranked bridge and chess player. Their testimony was cited in the Court’s July 20 ruling as a determining factor in the judges’ decision that poker was indeed a game of skill, and thus Gleizes was found not guilty of illegal gambling. (There’s still the issue of Gleizes not having paid the state the necessary taxes, but we’ll ignore that for the moment.) Unimpressed by the Toulouse court’s ruling, the prosecution has already filed an appeal, at which it may well present its own experts (perhaps even our own resident skeptic, Alfred Denning). So nobody should break out the really good champagne just yet, but if you have a bottle of plonk lying around, knock yourselves out.