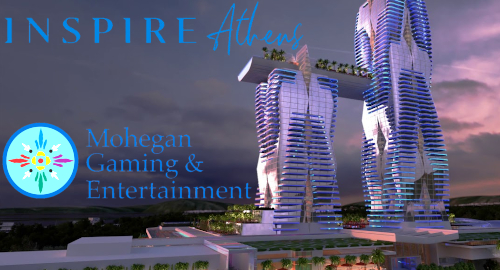 On Wednesday, the Hellenic Gaming Commission (HGC) announced that the consortium of MGE and Greek construction giant GEK Terna had submitted a €150m bid for the sole casino license at the €8b Hellinikon resort project on the site of Athens’ old international airport.

The consortium’s offer was five times the minimum €30m the HGC had set for this process, which was always something of a curiosity, given that the HGC disqualified the only other bidder (Hard Rock International) way back in January over what HRI claims was a paperwork technicality (a decision the company continues to protest without success).

Regardless, the unveiling of MGE’s suitably high offer paves the way for HGC to formally negotiate the specific terms of the 30-year gaming license. The deal will then require the approval of the Court of Auditors and ratification by parliament, hopefully by the end of this year. Then and only then will this interminably convoluted process finally conclude and shovels may actually touch dirt.

The MGE consortium has estimated the cost of developing its Inspire Athens casino complex at around €1b, with Steelman Partners getting the nod for the principal design. Once operational, the property will boast at least 120 gaming tables, 1,200 slots, a luxury hotel, conference center, infinity pool and plenty more treats to tempt the continent’s travellers.

The HGC promised to announce when it’s ready to accept “additional categories of applications for fitness permits,” which at the current rate should be somewhere around 2047.