Home / Casino / Racing for change: Time to get out of the Dark Ages 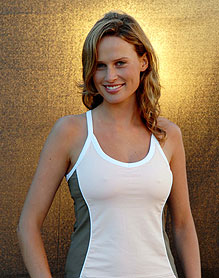 Earlier this year someone within horseracing had the good sense to put down his brandy and cigar, take leave of his gentleman’s club in Mayfair and do something about improving the image of horseracing.

To that end a branding consultant, Harrison Fraser, was called upon to conduct some independent research and report back with their findings.

The marketing men concluded that horseracing in Britain involved two types of people: Brian – your more conservative, traditionalist who is “tired, sexist, insular and dull” – John McCririck, if you will. And Ben, who was, engaging, entertaining and down with the kids. Michael Jackson, for example. OK, not that down with the kids, but you know what I mean.

Of course all of this marketing gobbledegook was pooh-poohed by people within the industry, largely because most of them are Brians and are quite happy for horseracing to remain as it, long live the king, pass the port to your left, and close the door behind you when you leave, please.

But as someone who only took an interest in racing when my job required it of me a few years back – I think there is a lot to be said for sexing up the sport.

The fact is racing is one of our oldest sports and very traditional by nature. There is nothing wrong with that of course, but its failure to move with the times and its stubborn elitism means that with every passing year its popularity – and therefore its income – wanes.

But all is not lost. Ten years ago golf was all Grandads in Pringle, only long socks with shorts and and no women in the clubhouse, please, but the advent of Tiger Woods has revolutionised the sport – regardless of Woods’ own recent fall from grace.

A similar impact is required for horseracing – not least because of its financial dependency on the bookmaking industry. Horseracing only ever enters the public consciousness twice a year – on Grand National day and during the Cheltenham Festival.

The trouble is that racing has been sidelined by the popularity of other sports, particularly football. The impact of Sky television on football over the last 20 years has transformed a once unfashionable sport with a torrid association with hooliganism into one of the most marketable and profitable products in the world.

The development of the internet has added an extra betting dimensions, too, with betting in-running enabling punters to bet on myriad markets after a match has kicked off. All of which have knocked racing further out of the equation. Now no one is saying that racing should fundamentally change – but like anything in this world you have to adapt to survive.

So while it is easy to slate these media types from Soho, pour scorn upon them at your peril. Opening the debate can only be a good thing.

So far they have come up with the following:
1. A showcase finale for the end of the Flat season
2. The appointment of a marketing communications director
3. A team-based championship at handicap level on Saturdays during the summer
4. A new jumps championship, where horses are required to qualify before being allowed to compete in the feature races at the Chetenham Festival
5. The staging of more Group One races on Saturdays through the Flat season, which could spell the end of midweek dates for such events as the Juddmonte International at York, the July Cup at Newmarket and the Sussex Stakes at Glorious Goodwood.

Now not all of these ideas may be practical. Staging Group Ones on a Saturday, for example, will put the sport up against stiff competition and is probably not the best plan of action to begin with but the other ideas would help rebrand the sport.

And for what it’s worth, there are numerous other things could be done to make racing more attractive.

TV
In terms of broadening the appeal of the sport the first thing I think we need is to bring the event to the masses by means of a television offering that sexes up the sport without belittling it’s core principles. I’m sorry but John McCririck is the epitome of everything that is wrong with racing and I’d rather have a lie in than watch his Morning Whine.

Totty
Let’s bring in some fresh blood – experts in the field that can make the sport more accessible and translate its intricacies to the uninitiated. Female jockeys such as Hayley Turner or Francesca Cumani (down boy) would be a starting point alongside respected experts who can talk to the layman such as Johnny Francome, while subjects such as form should be simplified without so much racing jargon.

Identity
Apart from Tony McCoy and Ruby Walsh there are very few jockeys Joe public would recognise walking down the street. There should be more spotlight shed on these sportsmen – who are among the bravest people on the planet but instead of being viewed as stars are perceived as half-starved freaks with height issues. They should be interviewed before and after races so there is a sense of build-up and reaction to meetings. All too often though jockeys shy away from the cameras.

Structure
There is seemingly no start or end to the flat or national hunt season – they all blur into one. Much as the European Golf Tour has introduced the Race to Dubai, so racing needs a similar framework for the two forms of the sport. Let’s have a start, a finish and a clear understanding of which meetings and trophies are important. Less is more.

On board cameras
One of the best developments of Formula One in recent years has been the introduction of on-board cameras. You seem them sometimes at the Grand National but we need more of this feature to engage the viewer.

Odds
I know people will hate this, but can we not start using metric odds now. If nothing else surely the advent of Betfair has helped us move into the 21st century. Seriously is there any need to talk in fractions. We went metric in 1972, didn’t we?

Form
Formcards should be made more comprehensible. This is a classic example of how those who have been born and bred reading form are in the know and the uninformed remain in the dark. Great progress is being made in this field by the Racing Post, though, who have devised electronic easy-to-use touch-screen form panels, which can be customised so that you can analyse form to a very basic or at the most detailed degree according to your preference.

In terms of improving actual racegoing here are a few other pointers:

Cheap drinks
Actual racegoing should be encouraged by offering cheaper drinks at the bar – £3.80 is too much for a pint – and drinks at the big events should be easier to buy. How often have you been stuck in massive queues at Cheltenham while you wait for endless pints of Guinness to be poured, missing out on precious betting time.

Feature race last
The Breeders’ Cup has got this one right. There’s the argument that punters will have ‘done their bollocks’ by the end of the day but too often people bugger off before the end of the meeting and it’s all a bit anti-climactic.

Seats
Cheltenham have made great strides in this area. All it takes is to sprinkle a few benches about the place. Standing up all day can be a bit of a drag when you want to have a chat with your mates or study the form.

Large horse numbers
Again the Americans have got it right here. Not everyone takes bins to the races and if you can’t see how you’re horse is doing what’s the point in going. Massive numbers would be a nice touch.

Free transport
When you fly to Luton airport they put on a free bus service to the train station. Why don’t they do this at the races? For some getting to Cheltenham is an ordeal in itself – and then you have to wait around 30 minutes for a £7 taxi to the course.

Club night
Have a club night at the course after the meeting with a featured act playing to incentivise the younger demographic. Make it free entry for women and you just might avoid the men only affairs that are all too prevalent at Cheltenham every year.

These are just a few random ideas – some of which you may well think are cack – but instead of having a pop we should all chip in with a few ideas to help racing along into the 21st century.

All contributions are welcome.