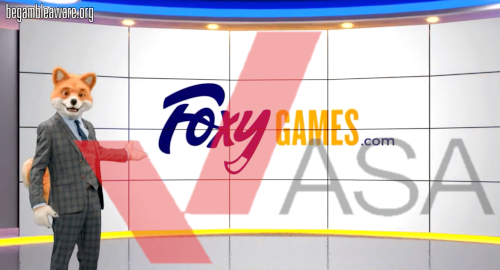 Online gambling operator GVC Holdings has pledged to tighten its marketing controls after its Foxy Games brand was spanked by the UK advertising watchdog.

Knowing a dead parrot when they saw one, GVC subsidiary ElectraWorks didn’t even try to defend the content of the ad, while citing ‘human error’ as the reason the ad emerged from behind the door marked ‘cynical opportunism’ into the light of day.

Foxy’s timing couldn’t have been worse, given the heightened scrutiny on online operator marketing during the fiscal insecurity many Britons are experiencing during the pandemic lockdown. In August, a social media post for GVC’s Coral brand was deemed irresponsible for encouraging punters to ‘have another go’ if their bet proved a loser.

Flutter Entertainment’s Betfair Casino brand was also the subject of an ASA complaint in July, when a TV viewer took exception to a commercial featuring a man rushing through an airport trying to catch his flight while another man sat casually consulting his phone, on which the Betfair Casino app is visible.

The voiceover noted that “The average time between the final call and boarding closing is 4 minutes and 53 seconds…” While other customers frantically rushed by, the gambler casually approached his boarding gate and showed the attendant his phone screen, which displayed text reading “MEGA WIN £119.08.”

The ad concluded with text claiming “WHEN THERE’S A CHANCE, THERE’S ALWAYS A CHANCE.” The complainant believed the ad was irresponsible for showing a man for whom gambling apparently took priority in life, ignoring a time-pressured situation to take one more spin of the wheel/reels.

Betfair responded by saying the man’s casual attire and equally casual approach to his boarding call reflected his overall relaxed demeanor, which they claimed was intended to depict a man traveling ‘during his leisure time.’

Also, given the aforementioned time window of under five minutes, Betfair said the ad showed the man hadn’t gambled for an excessive amount of time. As such, it was hard to conclude that the man was prioritizing gambling over other commitments, which didn’t appear to exist at the time.

The ASA sided with Betfair, saying the man appeared aware of what was required for him to make his flight, that he didn’t “panic or exhibit desperation to complete his game” and the stated time frame implied that gambling “could be taken up as a leisurely activity when a spare few minutes were available.”