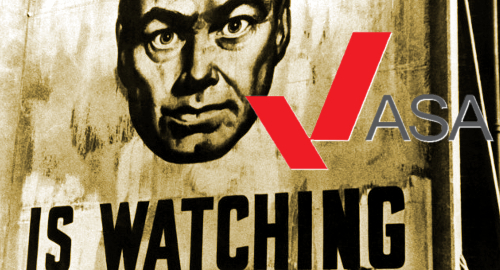 The UK’s advertising watchdog wants the general public to go full fink on gambling promos that so much as reference any submicropic infection agents.

This week, the Advertising Standards Authority (ASA) launched a new service via which members of the public could alert the watchdog regarding ads that make “misleading, harmful or irresponsible claims around the current coronavirus or ‘COVID-19’ situation.”

At the same time, the ASA issued a notice regarding “the conduct of the online gambling industry, including the nature and frequency of its advertising” during the current crisis. The watchdog claimed that the nation’s enforced self-isolation has created a ‘captive audience’ that may view gambling as “an escape from the situation they now find themselves in.”

The ASA is therefore warning gambling operators against any ads that “refer to the COVID-19 crisis or related matters, such as the government’s lockdown policy; and / or include claims or themes that are of particular concern in the current climate (e.g. ads that refer to relieving boredom, repeated play or personal problems like family difficulties).”

The ASA said ads of this type would bring down its ban-hammer under ordinary circumstances, but “the present circumstances exacerbate this, so the ASA will not hesitate to take firm action against irresponsible messaging.”

The ASA didn’t cite any specific examples, but would likely include the tweet issued and then swiftly deleted late last month by bookmaker William Hill touting one “pro of online casino: you can play in your pyjamas.”

The ASA will work with the UK Gambling Commission (UKGC) “to identify issues and enforce compliance.” The UKGC has issued multiple warnings to its online licensees regarding upholding standards during the pandemic and has previously demonstrated its willingness to hit operators with major financial penalties and/or license suspensions for coming up short on the compliance front.

This week saw the Betting & Gaming Council (BGC) officially take over the assets and responsibilities of the Senet Group, which was founded in 2014 by high-street bookies but eventually grew to include online operators. Among the responsibilities that now fall into the BGC’s remit is the When the Fun Stops, Stop player messaging campaign, to which we might add ‘and don’t mention the war and/or virus.’