Home / Poker / The life and death of Larry Flynt: The end of a poker era? 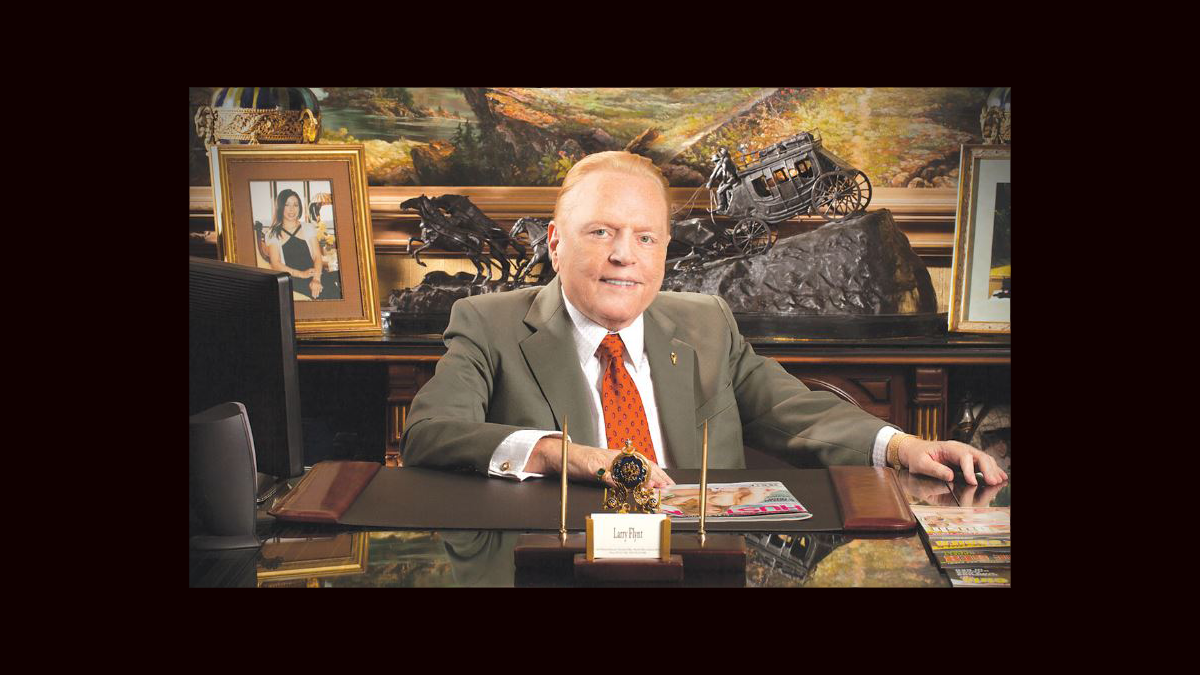 If you’re a modern poker fan, we could excuse you for knowing nothing of the man called Larry Flynt, but for those of a certain age, Flynt comes to symbolize an era of poker that is etched in the very fabric of the game.

With the late Larry Flynt’s controversial life often drawing headlines, we ask today whether his passing will have a positive effect on the game of poker.

Often, referencing the inglorious beginnings of an industry can bring up unsavoury characters. Trading gold is the reserve of the mega-rich and upper classes today, but that wasn’t the case in the middle of the Gold Rush as nefarious characters panned, shot and hustled for the very future of their families.

If anyone was a hustler, it was Larry Flynt, so it was perhaps fitting that his adult magazine was called The Hustler, a publication that at first courted controversy then caught like wildfire, selling millions of copies as America woke up to progressive freedoms that today seem quaint or ludicrous when viewed through a retrospective lens.

Flynt was an avid poker player, and in the 1970’s, while he wasn’t standing at ground zero when the World Series of Poker was launched, you can bet he was in the background. With a love of Seven Card Stud, Flynt was never far from the felt and knew Danny Robinson, Chip Reese and Doyle Brunson among many others.

Flynt didn’t only pursue a career in adult publications, turning his hand to casinos, opening Hustler Casino in California as the new Millennium dawned. By then, however, he had already suffered the worst moment of his life – an attempted assassination.

Flynt ran for President of the United States as a Republican in 1984 but was shot and paralysed. Despite this he always advocated that the man who shot him – who only became known many years later – shouldn’t die by the death penalty, which unfortunately happened back in 2013.

With some WSOP results, Flynt was well-known in Las Vegas, even running a high stakes ‘Larry’s Game’ in the Seven Card Stud format he loved. His $2,000/$4,000/$1,000 game ran for years, and featured players such as David Benyamine, Barry Greenstein and Phil Ivey. Greenstein would win the WSOP bracelet when Flynt got the closest to came to WSOP Glory back in 200 in a Seven Card Stud event.

For many years, however, Flynt was banned from competing by the World Series of Poker, after he attempted to scam Doyle Brunson by taking a bet at around a million dollars to $10,000 that he could win the WSOP Main Event in 1988. Flynt paid players he was up against to lose hands to him, gifting him chips, but was sniffed out and banned for life by Jack Binion, a decision that was only reversed when Binion relinquished control of the business.

Flynt may have returned to poker, but by the time he did, it was a changed game. No longer was being seen a rogue to be something appealing. The gloss had faded from the 1980’s and seen through the high-definition filter of 21st century life, Flynt was a dinosaur, a relic from an age where men played poker and women were window dressing.

No pleasure should ever be taken in another human being’s passing and we don’t do so here, but the death of Larry Flynt reminds us that poker has changed and for the better. The age where Larry Flynt could exist in the game is gone and women are no longer seen as merely attractive wallpaper, or at least they shouldn’t be. Women are respected for playing the game and working within it to a much larger extent than they were during the era where Larry Flynt was a big name.

It’s why poker is a better game today than it was then.

In the future, Larry Flynt will be a footnote to poker, a frame of film that has passed as the reel spools on forever. Maybe there will be some who lament his passing, or the passing of that era. There will always be those who live in retrospect and yearn for the chance to rewind. It doesn’t exist, and nor does the era of Larry Flynt anymore.

That isn’t a bad thing.