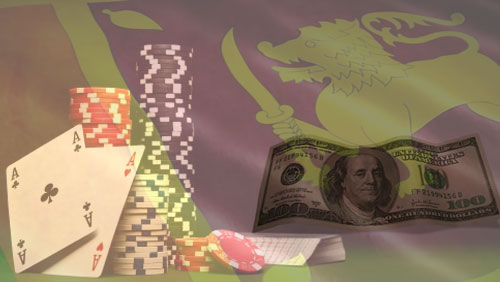 Sri Lanka President Mahinda Rajapaksa has proposed a few changes in the country’s Betting and Gaming Levy Act, which would include a $100 entrance fee at any of the country’s casinos, a raise of the gaming levy to 10% of turnover, and the introduction of a 5% tax on the gross collections of casinos. Rajapaksa made the proposals last week during the announcement of the country’s 2015 budget.

The document didn’t specify whether the proposed entrance fee would exclusively apply to locals. Rajapaksa, who is also the country’s finance minister, is looking to raise more revenue for the state. The new levies on casinos would accomplish that with estimates that it could raise another LKR2.5 billion ($19.10 million) in revenue for the government.

“We need to strengthen government revenue efforts in view of increasingly high commitments of the government to provide a wide range of public services, welfare programs and public investments,” Rajapaksa said.

While the opposition believes that Rajapaksa was grandstanding with these new policies in a bid to win an unprecedented third term as the president of Sri Lanka, the same people also believe that with Rajapaksa paying close attention to the country’s casino industry, it’s looking more and more likely that the industry has the support of the highest office in the land.

Everyone isn’t on board with this development, including the Jathika Hela Urumaya (JHU), a Buddhist extremist party, who criticized Rajapaksa’s plan for the casino industry, calling it a violation of initially agreed-upon parameters between the Rajapaksa’s office and various political and religious groups.

On the flip side, this could be good news for James Packer, who is still in the middle of negotiations with potential joint venture partners in Sri Lanka to enter the market. Packer has faced stiff opposition from various social groups in Sri Lanka, calling for him to abandon his proposed $400 million hotel and casino project in the country.

One group, the Tamil Refugee Council (TRC), may have partly succeeded in giving Packer pause after the Australian gambling tycoon agreed to watch No Fire Zone, an Emmy-nominated British documentary that dives into the final months of the Sri Lankan civil war in 2009. The documentary paints in rather sordid detail the alleged deaths of 70,000 Tamil civilians at the hands of the Rajapaksa regime.

“It‘s welcome news to hear that Packer is going to view No Fire Zones,” TRC spokesman Trevor Grant told the Weekend Leader. “When he sees it, he cannot fail but allow his heart to bleed for the 70,000 Tamils murdered by the Rajapaksa regime.”