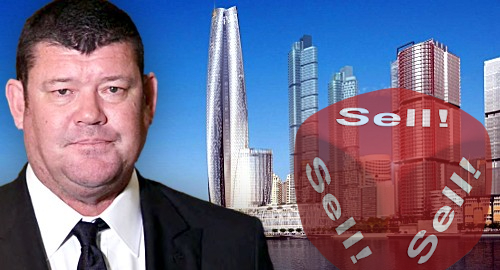 Australian casino operator Crown Resorts appears headed for a structural shakeup as its largest shareholder admits he might have to sell down to ensure the safety of its Sydney casino license.

Packer (pictured), who once again appeared via video link from his yacht, acknowledged that Crown Sydney had been conceived as a means of attracting high-rolling gamblers from China. The property had forecast up to one-third of profits coming from VIP gamblers but Packer said Thursday that it was “highly doubtful that we’re going to go anywhere near our original figures.”

Last month, Crown halted all dealings with junket operators after embarrassing revelations involving the company’s anti-money laundering (AML) compliance failings. Packer said Thursday that he’d been assured that Crown only worked with “junkets of good repute” but admitted under questioning that it was “fair” to say Crown had dealings with junkets accused of having ties to organized crime.

In 2019, Crown published full-page ads in local newspapers refuting allegations made in a 60 Minutes report regarding its junket ties. The ads claimed that the Suncity Group was the only junket Crown dealt with, when in reality the company was dealing with at least four junkets. Packer said Thursday that, “with the benefit of hindsight,” the ads made some false claims.

Packer admitted meeting with Suncity boss Alvin Chau in 2015, while also meeting junket boss Song Zezhai to thank him for the business he was sending Crown. Song was among the junkets that Crown permitted to use its private jets to ferry mainland VIPs to the company’s casinos, a practice that raised concerns that Crown was skirting the country’s visa rules.

Yet Packer claimed that he “never had intimate relations” with junkets and “had nothing to do with” Crown’s junket management. Packer said he only “marginally” contributed to the company’s VIP strategy, but internal emails show Packer was being kept up to date on high-roller activity, including details on China’s clampdown on efforts to move money out of the country for gambling purposes.

Going forward, Packer said Crown’s board “has a lot to think about in terms of who does what job” and will need to be “more independent that it was in the past.” Packer vowed that he “won’t be going on the board again” and suggested that “caps on shareholders” may be in the cards.

Packer currently holds a little over one-third of Crown’s shares following the failure of his deal to sell 20% of Crown to former joint venture partner Lawrence Ho. It was this failed agreement that led to the ILGA inquiry, as the share sale would have violated the terms of Crown Sydney’s gaming license, which required Crown not to have any ties to Lawrence’s father Stanley Ho.

While the ILGA inquiry has more hearings scheduled, analysts have suggested Crown isn’t likely to be deemed unsuitable to hold an NSW gaming license. Instead, Crown Sydney is likely to face additional operating conditions, primarily focused on the property’s dealings with high-rolling gamblers.