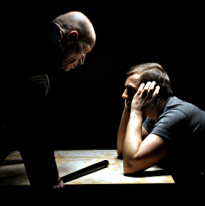 Attorneys defending New Jersey in the lawsuit filed by the major North American professional and college sports leagues have been authorized to depose the five commissioners of those leagues to determine how, why and if legal sports betting in the Garden State would cause injury to the leagues. The claim that legal New Jersey sports betting would cause “irreparable harm” to the ‘integrity’ of the leagues’ games has been central to the leagues’ suit, which seeks to block New Jersey’s plans to begin issuing sports betting licenses in January. The leagues’ claim of injury has been rejected and downright ridiculed by New Jersey’s attorneys, who claim the leagues would be unaffected by such a move and thus lack legal standing to intervene in New Jersey’s plans. On Wednesday, the court handling the suit was presented with a deal worked out between the adversarial parties to address the leagues’ claims.

As reported by NorthJersey.com’s John Brennan, the deal – which is still awaiting a judge’s okay – would allow New Jersey’s attorneys to depose the commissioners of the National Football League, National Basketball Association, National Hockey League, Major League Baseball and the National Collegiate Athletic Association for up to four hours each. These depositions will be admissible in court. NBA commish David Stern will undoubtedly be queried on his 2009 Sports Illustrated interview in which he stated that betting on the NBA could no longer be opposed on moral grounds, therefore it was a “possibility” that represented a “huge opportunity” for the sport. (Irate NHL fans faced with the prospect of yet another cancelled season can only hope that commish Gary Bettman’s interrogation includes at least one hour of waterboarding.)

The leagues will also have to turn over 10 years worth of internal documents relating to sports betting, fantasy sports and March Madness pools and their impact (or lack thereof) on attendance, broadcast ratings, revenue, as well as fans’ perception of the games’ integrity. New Jersey will also have limited access to internal emails “reflecting comments and positions taken by persons most likely to have responsive information with respect to those studies, analyses, surveys or reports” as well as documents relating to fantasy sports games or activities “that are operated by or on behalf of” the leagues.

The leagues would have to produce their paperwork by Oct. 29, while the commissioners’ depositions would be completed by Nov. 19. New Jersey would need to submit their argument against the leagues’ motion for summary judgment by Nov. 21, while the leagues would have until Dec. 5 to reply to New Jersey’s objections. New Jersey is seeking to overturn the 1992 PASPA federal ban on sports betting, on the grounds that it is unconstitutional.