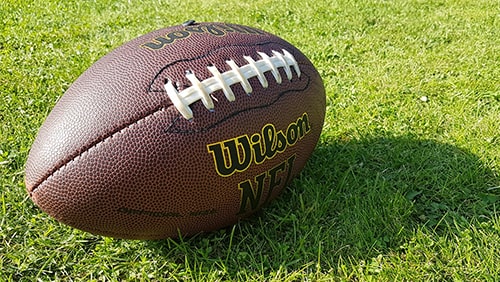 To ease into things, the coin toss is leaning slightly toward tails. Many people believe that the results of the coin toss are split evenly at 50/50; however, this isn’t the case, so there is definitely some entertainment value available. Mathematician Persi Diaconis showed that the odds were 51/49, with the advantage given to the side that was facing up when the coin was flipped. This hasn’t been the case with the Super Bowl coin toss, though. The Super Bowl coin, made of silver and gold, features the Super Bowl logo on one side (heads) and the teams’ logos on the other (tails). Out of the past 27 games, tails has won 17 times, even though heads was facing up.

Westgate has a line up for whether either team will score points in the first six and a half minutes of the game. While both the Chiefs and the Bucs have extremely strong offenses, this one might be a “no” based, in part, by another trend found with Brady. The quarterback, before heading to Tampa Bay prior to the current season, was scoreless in all but one of his Super Bowl appearances in the first quarter.

The Bucs could be the first to score a penalty in the game. Tampa Bay’s defense is going to try hard from their first set of plays to stop Chiefs wide receiver Tyreek Hill, and this could lead to an error, possibly pass interference, early in the game. Hill is also getting an Over/Under of 4.5 yards on his first rushing attempt and averaged 9.5 yards per carry this season, per NFL.com. Both teams are going to be on edge as the Big Game gets underway, and early penalties on both sides are likely.

The shortest field goal of the game has an Over/Under at 27.5 at Westgate. An Over bet here makes a lot more sense, as neither team is going to want to give up precious red zone opportunities to settle for three when they can go for seven. The only way either team would go for a short-distance field goal is if it needed some extra points on the board. With the Chiefs getting three points on the spread, it’s possible that an extra push will be needed sooner or later.

There are plenty of other prop bet options, as well, such as an Over/Under 6.5 combined touchdowns and a Chiefs running back Clyde Edwards-Helaire Over/Under of 29.5 yards rushing. Prop bets have become extremely popular with sports gamblers the past couple of years, and this year’s Super Bowl is going to see more prop action than ever.