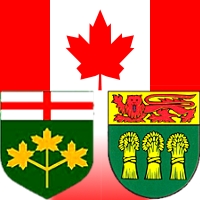 Fresh off appointing its new president/CEO, the Ontario Lottery and Gaming (OLG) Corporation has chosen consultants Sports Gaming Limited for help with the province’s upcoming online gaming rollout. OLG hopes to follow the lead of British Columbia and Québec in having online gaming services available to Ontario residents by 2012. OLG is also seeking input from the business community on creating a model that is both safe for consumer and lucrative for the province. “Internet gaming is a highly technical business and OLG will procure service providers to assist with the delivery and operation of the business.” In November, OLG began “a fair, open and transparent bidding process to contract with qualified vendors,” and is promising updates on who gets what at a future date.

Two provinces over in Saskatchewan, the head of the Federation of Saskatchewan Indian Nations wants online gaming now. Chief Guy Lonechild also wants the Saskatchewan Indian Gaming Authority (SIGA) to have the local monopoly. (The SIGA has already started advertising for help in designing the system.) Lonechild suggested as much as $30m is leaving the province through competition from the other provincial sites. A bit of a weird claim, as we were under the impression that these provinces were employing geoblocking, but apparently teh interwebz is a complex and porous place.

Speaking before a meeting between chiefs and the provincial cabinet on Wednesday, Lonechild says his Federation will send a letter outlining its proposal to Premier Brad Wall and Ken Cheveldayoff, minister responsible for provincial gaming corporation Saskgaming. Cheveldayoff says he and Lonechild have discussed the idea of doing some kind of study of operations in other jurisdictions, but the introduction of online gaming is simply not a priority for the government.

Lonechild also wants the province to transfer control of Casino Regina and Casino Moose Jaw, the only two casinos in the province owned/operated by SaskGaming. The SIGA controls the province’s six other casinos, but Lonechild believes that “it’s time, because of market saturation, that First Nations look at being the sole operator of all provincial casinos. We’re going to put a very strong case forward to the province that we should do that and I think there are some ears that are willing to listen.” Not Cheveldayoff’s ears, though, as he stated that the government believes the status quo “is beneficial for the province.” Given that Lonechild doesn’t seem to be shy about asking for what he wants, it may be beneficial for Cheveldayoff to reconsider.