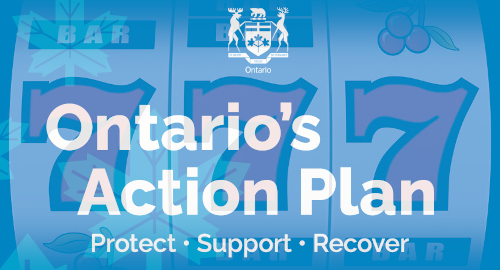 Online gambling choice may be coming to Canada’s largest province while the push for national single-event sports betting gets new life.

Thursday saw Ontario’s Conservative government deliver its 2020-21 budget, which revealed the drastic toll the pandemic has taken on the Ontario Lottery & Gaming Corp (OLG) monopoly. After delivering C$2.3b (US$1.76b) to provincial coffers in fiscal 2019-20, OLG’s 2020-21 forecast is a mere C$200m.

Ontario’s land-based casinos, which are owned by OLG while private operators handle day-to-day management, were shut down this spring due to COVID-19 and only recently began to resume operations under severe health & safety restrictions. OLG’s finances were sufficiently dire to require a C$500m lifeline from the province to keep its lights on.

OLG is overdue in releasing its 2019-20 annual report, so we don’t yet know what kind of boost its PlayOLG online gambling site received from the land-based shutdown. The 2018-19 annual report showed the site generated revenue of C$92m, which was around one-quarter better than the year before, but still well behind rivals in British Columbia and Quebec.

Ontario’s 2019-20 budget contained a promise to give PlayOLG some competition by licensing private operators to operate in the province. The Tories said precious little on the matter ever since, but Thursday’s budget added some flesh to these meagre bones.

Specifically, the province said it would be “introducing legislation to give the Alcohol and Gaming Commission of Ontario (AGCO) authority to conduct and manage iGaming, in addition to having the role of the regulator.” Assuming this legislation is approved, the AGCO would “manage the relationship between the government and private iGaming operators.”

Predictably, there is no timeline for when this libertarian paradise might arrive, but the Tories plan to “continue consulting with key stakeholders on the design of the iGaming market to reflect consumer preferences and foster an exciting gaming experience.” In other words, get ready for another ‘coming soon’ tease when the 2021-22 budget drops next year.

The budget also states that Ontario will “engage with the federal government to encourage the legalization of single-event sports wagering.” Unlike other forms of gambling, sports betting is under federal purview, and the feds currently permit only parlay wagers consisting of at least three events.

Recent years have seen numerous efforts to amend these federal rules, all of which have failed to cross the finish line. The latest effort, C-218, went off the rails when the ruling Liberals prorogued parliament this summer, but the bill has since been revived by its federal Tory sponsor Kevin Waugh.

On Tuesday, Waugh delivered C-218’s second reading in the House of Commons, claiming to have “spoken with and received support from provincial cabinet ministers coast to coast.” Waugh claimed legalizing single-event wagering was “a common sense change” that he hopes his colleagues will support.

It wasn’t supported by Adam Vaughan, a Liberal cabinet member, who called Waugh’s speech “interesting” but “not supported by any facts.” Vaughan disputed the idea that single-event betting would “expand the economy” and claimed the operators running Canada’s casinos wanted betting only “because they are losing on all other fronts.”

Not all Liberals are opposed to C-218, as MP Bob Bratina spoke favorably of the bill’s intention to create “a safe, legal and careful way of ensuring that supports are in place for those with problems, but that there are no negative impacts on the sports involved, especially in the horseracing industry.”

Bloc Quebecois MP Rhéal Fortin called C-218 “a ghost haunting the halls of Parliament,” referencing all the previous betting bills that died before their time. Fortin said the Bloc supported C-218 “because we have to take reality into account … not to say that betting is a virtue, but it does exist … Our job as legislators is to regulate it as best we can.”

NDP MP Brian Masse, on whose behalf Waugh introduced C-218, was quoted this week in the Windsor Star saying the bill would likely have its next reading in either late January or early February, after which a vote would be held on whether to send it to the Justice committee, after which only the Senate’s rubber stamp would be required for it to become law.

With the Liberals now a minority government, Masse expressed hoped that C-218 had enough support in the Commons to overcome Liberal opposition. But a betting bill previously passed the Commons only to die in the Senate, which suddenly cast off its traditional rubber-stamp role and embraced an independent streak. So watch this space.