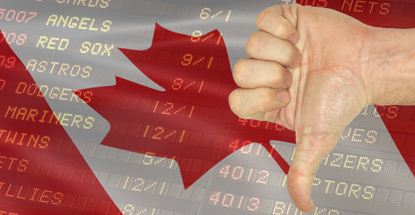 Canada’s single-game sports betting bill is as dead as a doornail.

Canada’s Senate adjourned for the summer on Tuesday without holding a third reading or a vote on C-290, the bill that would have allowed Canadians to make single-game sports wagers with their provincial lottery corporations. With a federal election scheduled for this fall, all legislation not yet approved officially dies on the order paper.

Under Canada’s Criminal Code, the lottery monopolies are limited to offering parlay sports wagers. NDP Member of Parliament Joe Comartin, whose Windsor constituency includes a Caesars casino that would love to add a proper sportsbook, introduced a private members bill that would have abolished this restriction. Had it survived the Senate’s inattention, the provinces would have been able to offer a product that could compete with the many internationally licensed online sportsbooks that currently serve Canadian punters’ needs.

In March 2012, the House of Commons unanimously approved C-290 and the Senate was expected to follow suit that summer. The bill passed the first two of its required third readings before the unelected members of the Senate decided to dig in their heels, claiming that the bill hadn’t undergone suitably rigorous debate in the Commons. Hearings and fact-free debates followed, but the third reading never materialized.

The net result is that some enterprising politician will have to introduce an entirely new bill into the Commons when the reconstituted parliament takes its seats post-election. Early frontrunners would have to include New Democrat Brian Masse, who, like Comartin, represents the Windsor region and was one of C-290’s most vocal champions.

While it failed to become law of the land, C-290 will nonetheless go down in history as the first piece of legislation in Canada’s 148-year history to be rejected by the Senate despite unanimous approval in the Commons. Way to go, political appointees. Way to go.