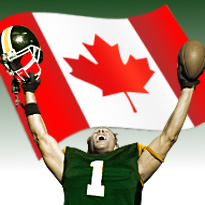 Comartin’s legislative assistant Ian McMahon told the Windsor Star that C-290’s third reading “was basically done in 20 minutes.” Just two MPs spoke on the issue, one from the ruling Conservatives and another from the opposition Liberals. No concerted opposition to the bill is expected in the Senate, with Tory Senator Bob Runciman having already agreed to sponsor it in the federal legislature’s upper chamber. McMahon says Comartin “has crossed all the t’s and dotted the I’s with his Senate colleagues and we have full confidence it will pass.” The Senate is expected to approve the bill by early summer.

Comartin’s achievement is not to be underestimated. Private member’s bills are notoriously difficult to pass, with only a couple hundred of the things making the grade over the past century. Comartin’s parliamentary riding is in the Ontario border city of Windsor, which is also home to a Caesars casino that, like many other casinos in Ontario, has been struggling of late. The addition of a sportsbook won’t cure all these casinos’ financial woes, but it can’t hurt. Ontario Lottery and Gaming Corporation CEO Rod Phillips acknowledged that while “there are still important details to work out, this would represent good news.”

The Woodbine Entertainment Group (WEG) was solidly behind Comartin’s efforts, as it wants to add sportsbooks to its horseracing offering. The past few days have been pretty good for WEG, having also just inked an online wagering partnership with the Sudbury Downs racetrack. WEG’s online/phone/mobile wagering division HorsePlayer Interactive (HPI) will now be accessible to punters across northern Ontario. HPI claims to have an active customer base of 80k horse betting fans across the country.