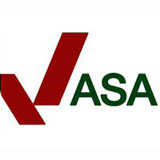 Yawn! Another betting advert bites the dust. Seriously, I realise that the people at the Advertising Standards Authority (ASA) have got to justify their jobs by banning adverts, and we’re all feeling the pinch, but when it comes to racial discrimination aren’t we all adults here? This time the ASA has banned a Tombola.co.uk advert in which a white man in a dinner jacket sits down next to a black man with a ukelele who repeats everything the white man says. Apparently that’s racist, coz it presents a ‘negative racial stereotype’. Of course. Now I think about it I couldn’t even get into the sea the last time I was at Camber Sands for black men in ukelele’s repeating everything I said. Read more.