Home / Business / Nick Garner on the Importance of Bitcoin in Gambling 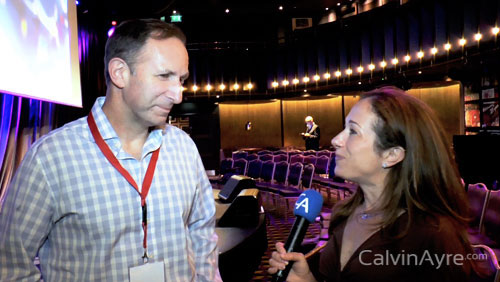 In this interview with CalvinAyre.com’s Rebecca Liggero, Nick Garner of Oshi Casino explains why he is punting on bitcoin over fiat currencies in relation to gambling.

There’s no denying that digital currency bitcoin – touted by many as the future of money – has become more and more relevant as trade in online marketplaces continues to grow and expand.

Thousands of businesses around the world now accept the cryptocurrency as it sheds its former image as a currency used as payment for illegal goods online. In fact, reputable e-commerce businesses are beginning to accept BTC as payment, including suppliers of Etsy, WordPress, Overstock, and Amazon.

Even gaming firms are punting on the use of Bitcoin despite the recent bad presses it received such as the bankruptcy of Mt. Gox, blackmail FBI Silk Road, and the more recent $72 million bitcoin heist in HongKong.

So why do gambling operators prefer the use of bitcoin?

For Nick Garner of Oshi Casino, he is betting on bitcoin because the cryptocurrency is something that is really integral to the way the internet is going.

He said that Bitcoin remains to be the most transparent commodity since each transaction trace is left in a public ledger known as Blockchain. This helps prevent people spending the Bitcoins themselves more than once.

Garner also pointed out that Bitcoin transactions are faster and quicker.

“But anyway, there’s a whole bunch of reasons why bitcoin was interesting, but underneath all that is just the basics of running a casino,” Garner told CalvinAyre.com. “And the bitcoin is really important, because it’s been a niche for us so we find a little spot and we are able to go.”

Citing his experience as an operator of bitcoin casino, Garner said customers value what he call a “trust footprint.”

He pointed out that they have invested heavily in gaming providers in order to assure their players that they are valued.

“So we’ve done a lot of work to just get out there and be accountable, and have my face on the website so that people will know that there are real people and that if you got a problem you can go to somebody to sort it out,” he said. “We are also using MicroGaming and NetEnt and this big provider. So they’re not cheap assistant, we can’t fiddle around with the RNG numbers on the back end of their games cause we can’t. And I think people just know that it is fundamentally trustworthy. That you will get a return to player of between 95 and 97.5 percent.”