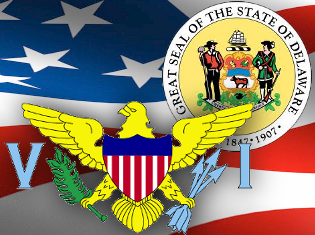 Online gambling in the United States took another great leap forward on Thursday with the ‘soft launch’ of online poker, slots and casino table games in Delaware. Between 25 and 75 players have been selected to test the system, which consists of three sites branded with the names of the state’s racetrack casinos, operating on a shared platform overseen by the Delaware Lottery and backed by technology from Scientific Games, Williams Interactive and 888 Holdings. Assuming no insurmountable obstacles emerge during the soft launch, all state residents will be eligible to use the system as of Friday, Nov. 8.

Delaware’s soft launch comes six months after Nevada became the first state to launch real-money online poker. But unlike Nevada’s poker-only system, Delaware is the first state to offer a full range of gambling options, which the local government hopes will add $5m to its coffers during the current fiscal year ending June 30, 2014. State finance secretary Thomas Cook said the ultimate goal of the system was to attract new, thirty-something gamblers who might not feel at home with the average fifty-somethings that currently patronize the state’s brick-and-mortar casinos.

US VIRGIN ISLANDS POP THEIR ONLINE GAMBLING CHERRY… TEN YEARS TOO LATE
New Jersey is set to become the third US state to launch online gambling on Nov. 26, following its own five-day test phase, but no other state has yet lined its ducks up in a row to follow 2013’s intrepid trio into the breach. But what about quasi-states? On Thursday, the Casino Control Commission in the US Virgin Islands – an ‘unincorporated territory’ of the US whose residents are considered American citizens – announced that it was ready to open the online gambling floodgates.

Caribbean News Now quoted USVI governor John de Jongh saying he’d just received an opinion from his Attorney General Vincent Frazer stating that the Virgin Islands Internet Gaming and Internet Gambling Act was, in fact, legal. Passed by the USVI legislature in July 2001, the Act was never implemented due to concerns it would fall afoul of the US Wire Act. But following the US Department of Justice’s revised opinion on the Wire Act’s scope in late 2011, de Jongh asked Frazer to have another look, and here we are.

De Jongh called the development “a turning point in the diversification of our gaming industry” and would “fulfill our mission of attracting very successful global internet gaming companies” to the USVI. With all due respect to De Jongh, this might have been true had the USVI actually gone ahead with its plans back in 2001. But with online gambling companies already plunking down servers in Nevada and New Jersey, the USVI’s ship appears to have well and truly sailed.

De Jongh stressed that the USVI would take care to only accept online wagers from “jurisdictions where such gaming and gambling are permissible as a matter of law,” but given that people are slowly catching on to the complexities in negotiating interstate compacts, which states will devote serious effort to compacting with a territory with a population of just 100k?