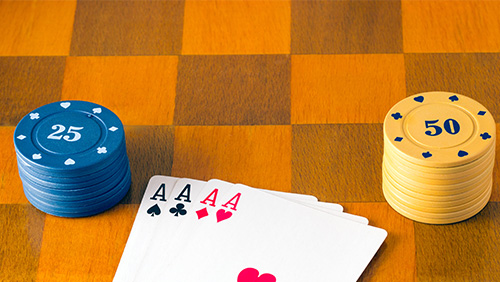 Poker no longer deserves its own space at the Dover Downs Hotel & Casino in Dover, Delaware. According to the Delaware State News, the venue has decided to shut down its poker room and relocate all the poker tables to the main casino floor. The move comes following a recent merger between the casino’s parent company, Dover Downs Gaming & Entertainment, and Twin River Worldwide Holdings, Inc.

When the merger was first announced, it looked like the poker room would carry on as always, according to comments made by a Dover Downs’ spokesperson at the time. However, subsequent reports showed a change in management opinion, and the poker room is no more. Nicholas Polcino, Jr., the VP and General Manager of Dover Downs, said in a statement last Friday that the poker tables now “answer to table games and no longer operate as a separate entity.” He added, “[All] personnel that could be transferred to table games were transferred,” including the venue’s Poker Director.

Personnel at the casino who had made their living off of poker were reportedly given the opportunity to train on other casino operations and table games if they chose to do so. There was no word on whether or not any employees had to be let go, or who may have opted to train on other games.

Dover Downs and Twin River first agreed to a merger in July of last year. The latter, the owner of casinos in Mississippi and Rhode Island and a horseracing track in Colorado, added Dover Downs to the list of properties once the merger was finally approved by shareholders this past March.

Dover Downs was once a publicly-traded company. When the merger was finalized, it delisted from the NYSE, and Twin River, through the merger took its place.

The merger follows only weeks after lawmakers in Delaware approve tax breaks for the state’s three casinos. That measure saw the amount of tax paid on slot operations reduced to 42.5% or 41.5%, depending on the amount of money earned from the machines, and a cut in table game taxes to 15%, a reduction of about half of the level previously paid.

Dover Downs offers a casino with 2,200 slot machines and a mix of table games. It also offers a 500-key hotel and a new sportsbook that allows single-game wagers on professional or college games.