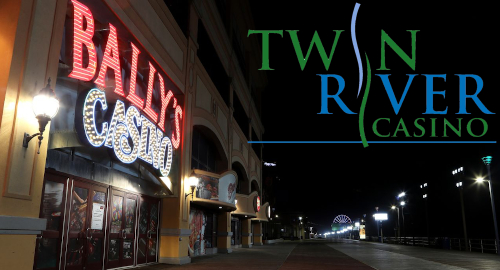 US casino operator Twin River Worldwide Holdings (TRWH) plans to rebrand most of its properties with the Bally’s brand, assuming Atlantic City gaming regulators get their act together.

On Tuesday, TRWH confirmed Monday’s rumors that it had acquired the rights to the Bally’s brand from rival Caesars Entertainment. TRWH acquired the Bally’s Atlantic City casino property from Caesars in a deal that was announced in April and expects to close by year’s end.

TRWH said its April deal allowed it to retain the Bally’s name for the AC property, while Tuesday’s deal will allow TRWH to “rebrand virtually all of its portfolio properties under the Bally’s name and logo.” The deal also allows Caesars a “perpetual” license to continue to use the brand for the company’s existing Bally’s Las Vegas Hotel & Casino property.

Soo said the Bally’s deal was “an opportunity for us to revive a brand that is synonymous with American gaming.” Soo added that TRWH “appreciate Caesars giving us a chance to use a brand they really weren’t utilizing.”

Like many other US regional casino operators, TRWH has been on an acquisition/consolidation tear over the past few years. TRWH recently struck a $120m deal for the Jumer’s Casino & Hotel in Illinois, which will bring the company’s portfolio to 13 properties across nine states.

TRWH offered no timeline for when its Bally’s rebranding would begin, but it will likely have to wait until New Jersey gambling regulators approve the Bally’s AC sale. The New Jersey Casino Control Commission canceled its meeting scheduled for this Wednesday due to a paucity of actionable agenda items. The next regularly scheduled meeting isn’t until November 18.

The Press of Atlantic City reported that the Commission could decide to schedule a brief meeting specifically for the purpose of issuing TRWH an interim casino authorization for the Bally’s AC property, a necessary precursor to TRWH acquiring a full state gaming license.