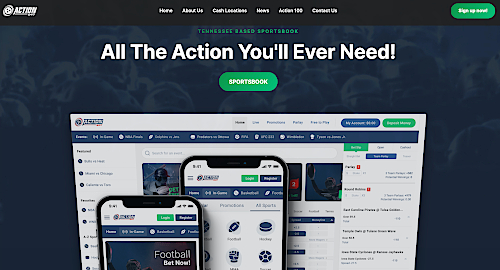 The numbers represent best-ever results for any US state’s first month of legal wagering, a feat likely aided by this season’s surprisingly good showing by the NFL’s Tennessee Titans. Tennessee is home to only around 7m individuals, making the state’s first month numbers all the more impressive.

But TEL CEO Rebecca Paul Hargrove urged caution, noting that November was “only one month in an unpredictable and extraordinary year, making it difficult to begin extrapolating out from this single month.”

Sadly, TEL also made it difficult to know how each of its four licensees had performed in November, releasing absolutely no individual operator numbers whatsoever. So let’s start a rumor that Action 24/7 won the biggest share of handle, if only because it will likely drive BetMGM crazy.

COLORADO KEEPS RECORDS COMING
Out west in Colorado, the Department of Revenue’s Division of Gaming reported November’s handle topping $231m – of which only $4.3m was bet at the retail level – about $20m better than October’s result. November’s betting revenue rose by about $1m from October to $18.3m.

Bally’s (the casino) previously had a sportsbook but it was based in the Wild Wild West area that was shared with the adjoining Caesars Atlantic City casino. That area stayed with Caesars AC when Caesars Entertainment sold the casino to Twin River in April.

FanDuel currently operates a retail book at its primary New Jersey betting partner, the Meadowlands racetrack, but this will be FanDuel’s first retail presence in Atlantic City. The FanDuel/Meadowlands is the unquestioned New Jersey sports betting revenue market leader.