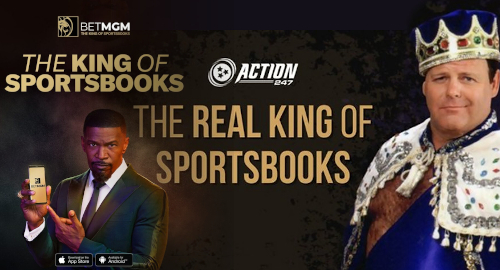 Online gambling operator BetMGM has soft-launched its new Pennsylvania site while threatening a Tennessee rival with legal action for swiping its marketing slogan.

On Tuesday, the Pennsylvania-licensed BetMGM online casino began its three-day ‘soft-launch event’, which will see the site offering real-money bets from 2pm-10pm on day one, expanding to 10am-8pm on Wednesday and 10am-10pm on Thursday. Assuming no major hiccups, the site expects to be cleared to go 24/7 by Friday.

Pennsylvania marks the seventh US state in which Roar Digital – the online gambling/sports betting joint venture of MGM Resorts and GVC Holdings – has an online presence with its BetMGM brand, joining Colorado, Indiana, Nevada, New Jersey, Tennessee and West Virginia (all of which are limited to sports betting save New Jersey).

For the moment, the Pennsylvania site is purely casino-focused, as BetMGM has yet to secure the necessary land-based gaming partner that would allow it to offer sports betting. However, the company announced a marketing partnership with the NFL’s Pittsburgh Steelers last week and claimed it was targeting a Pennsylvania betting launch before year’s end.

BetMGM’s arrival makes a baker’s dozen of online casino operators in Pennsylvania, which generated revenue of $57.3m in October (not counting poker). Speaking of, BetMGM hasn’t said if/when it might add poker to its Pennsylvania site, meaning local players will still have just one option (PokerStars) at their disposal for the time being.

Presumably, GVC’s PartyPoker brand will make an appearance early in the new year, although Caesars Entertainment has yet to launch a WSOP-branded poker product despite launching its Pennsylvania online casino way back in April.

BETMGM GETS HIT WITH FOLDING METAL CHAIR IN TENNESSEE
Meanwhile, over in Tennessee, BetMGM is threatening legal action against Nashville-based sports betting startup Action 24/7 over the latter firm’s alleged infringement on BetMGM’s betting tagline ‘The King of Sportsbooks.’ BetMGM unveiled the slogan, along with Jamie Foxx as its celebrity pitchman, in September.

On Monday, the Tennessee Star reported that BetMGM had sent a cease & desist letter to Action 24/7 – which received its Tennessee online betting license in October – claiming that the startup’s social media promos featuring Memphis-based pro wrestling legend Jerry ‘The King’ Lawler as ‘The Real King of Sportsbooks’ is infringing on BetMGM’s trademark.

Action 24/7 spokesperson Tina Hodges noted Lawler’s extensive professional history as ‘The King’ and called BetMGM’s missive “a classic case of a big international casino and hotel chain with a high-priced attorney sending a threatening letter to a hometown start-up that they think will just be afraid.”

To be clear, BetMGM’s objections extend beyond the sloganeering, including an “imitating font, spacing and coloring, and an overall substantially similar appearance.” BetMGM’s attorneys claim this will mislead the public by creating the impression that the two firms are linked in some way.

Action 24/7 is a truly homegrown operation, having previously stated that it doesn’t intend to pursue betting opportunities outside Tennessee. However valid, it remains to be seen how Tennessee bettors will view this legal challenge by BetMGM, an outsider with no previous presence in the state.