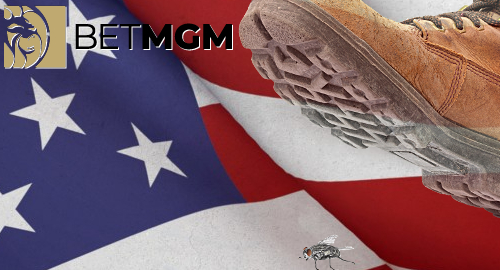 The online gambling and sports betting venture of GVC Holdings and MGM Resorts is significantly boosting its financial bet on achieving US market dominance within the next five years.

On Wednesday, US casino operator MGM and UK-listed gambling giant GVC announced that they were investing a further $250m into their US-facing Roar Digital online gambling and sports betting joint venture and its BetMGM brand. This second round of investment builds on the companies’ initial $200m pledge when they announced their pact in 2018.

With Roar “on track” to be operating in 11 states by the end of 2020, Greenblatt said the business would generate “over $130m” in net revenue this year. Most of this will come via its operations in New Jersey’s regulated online gambling market, which soared to new heights following the mid-March closure of Atlantic City’s brick-and-mortar casinos.

Roar struck a marketing deal with Yahoo Sports last October and Roar said Wednesday that it’s “looking forward to launching BetMGM to Yahoo’s 64m monthly active users” The release didn’t specify just how many of those 64m customers reside in states in which online gambling/betting is legal and Roar is active, let alone how much action these Yahoos were sending Roar’s way.

Roar also tipped its access to “the maturity and rich features of GVC’s sports product,” which gives BetMGM “significant technological and experiential advantages.” The release didn’t explain why, despite these advantages, BetMGM’s New Jersey business continues to generate a mere fraction of the revenue produced each month by rivals DraftKings and FanDuel.

Regardless, GVC CEO Kenny Alexander struck a typically bellicose tone on the ensuing conference call, saying the JV partners were prepared to spend “as much as it takes” to grind the likes of DraftKings under BetMGM’s heels. Alexander said Roar would settle for nothing less than market dominance, warning rivals that “the kid gloves are coming off.”

In a more perfect world, Alexander’s pronouncement would have been immediately followed by DraftKings CEO Jason Robins sneaking up behind Alexander and clobbering him over the head with a metal folding chair, after which the call would switch to a promo for their next pay-per-view title fight in Vegas. Maybe next year.