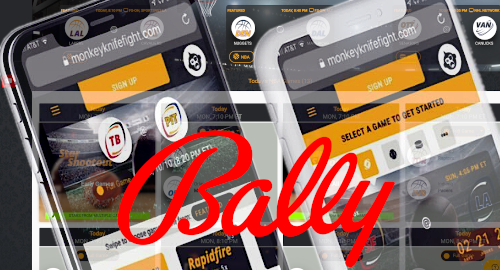 On Monday, Bally’s (formerly Twin River Worldwide Holdings) announced the signing of a definitive agreement to acquire MKF, the third-biggest DFS operator behind market giants DraftKings and FanDuel and possessor of what Bally’s calls “the fastest-growing gaming platform in North America.”

The $90m transaction, which Bally’s expects will close in the current quarter, is an all-stock affair. MKF will get immediately exercisable penny warrants to buy around $50m worth of Bally’s shares, as well as contingent penny warrants to buy up to $20m more shares on each of the deal’s first and second anniversaries of closing.

Bally’s plans to incorporate MKF into its new ‘Bally’s Interactive’ division, which also includes the Bet.works sports betting and iGaming platform that Bally’s acquired last November. The MKF add-on will make Bally’s only the third US sports betting operator to include a DFS component, joining DraftKings and FanDuel (more on Caesars’ efforts to join this formerly exclusive club below).

Bally’s CEO George Papanier hailed MKF as a “unique asset” that allows Bally’s to enter the “high-growth DFS market.” MKF has around 180k registered users and 80k depositing customers, and Bally’s aims to sell MKF players on the wonders of proper sports betting, particularly in major markets yet to legalize wagering, such as California, Florida and Texas.

Bally’s has undergone a significant transformation over the past few years, from a small regional casino operator to running 15 properties in 10 states (16 properties once its new Pennsylvania mini-casino gets going). Bally’s also struck a major media partnership to rebrand Sinclair Broadcast Group’s 21 regional Fox Sports properties with the Bally’s brand.

Investors appeared to like Bally’s latest move, pushing the company’s share price up over 4% by Monday’s close. The shares have more than doubled over the past year, suggesting investors support Bally’s ‘damn the debt’ approach to expansion.

CAESARS BUYING INTO SUPERDRAFT
Speaking of debt mountains, Caesars Entertainment announced Monday that it had taken an ‘initial minority equity position’ in DFS platform SuperDraft, which has operations in two-thirds of US states. The size of this minority stake wasn’t disclosed, but Caesars has an option to “increase its stake over time up to 100% at pre-determined levels.”

Caesars investors appeared less impressed, pushing the stock down 1.4% on Monday, although most of Caesars’ major US rivals suffered similar declines without making a product diversification move.