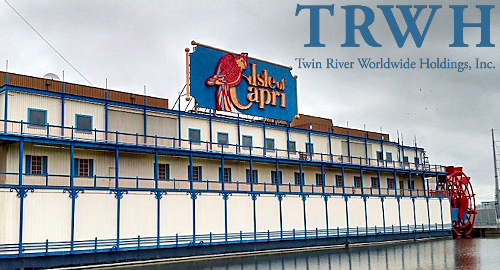 On Thursday, Eldorado announced that it had reached a deal to sell its Isle of Capri Casino Kansas City in Missouri and its Lady Luck Casino Vicksburg in Mississippi to TWRH for $230m in cash, subject to a working capital adjustment. The deal, which remains subject to regulatory approvals, expects to close early next year.

Eldorado says it plans to use the cash for general corporate purposes, including its recent $17.3b acquisition of rival Caesars Entertainment. That deal was expected to result in the trimming of multiple properties from the two firms’ respective property portfolios, and the cuts are likely far from over.

TWRH has been undergoing its own enlargement of late, including a deal for three Colorado casinos and its merger with Dover Downs Gaming & Entertainment. TWRH CEO George Papanier said the two Eldorado venues were “a great fit for our portfolio” and would expand his company’s geographic reach into “attractive markets.”

TWRH execs have claimed that, of its three EGM suppliers, IGT’s are by far the worst revenue generators. TWRH has also accused the state of side-stepping its own purchasing laws by not holding an open tender for the EGM contract.

On Tuesday, IGT chairman Robert Vincent fired back, telling local media that there was no need for an open tender when both parties to the existing deal were satisfied with the arrangement.

Vincent also claimed that TWRH approached IGT on May 20, seeking a 50% share of the EGM supplier contract in exchange for publicly supporting IGT’s deal extension. Vincent claims the gist of TWRH’s pitch was “you’re not going to get this without us.” Vincent added that the proposal was “not given serious consideration and rejected immediately.”

TWRH executive VP Marc Crisafulli responded to Vincent’s claims by claiming that TWRH was compelled to act after learning on May 11 that IGT and the state had reached a tentative deal that would have given IGT 100% control over the state’s EGMs.

Crisafulli further claimed that TWRH offered to make an upfront payment in exchange for the state “splitting” its EGM operations. This offer was rejected, and Crisafulli bemoaned the fact that “the state could do so much better here but, for some reason which makes no business sense, the governor insists on proceeding without any competition.”

Meanwhile, the National Labor Relations Board has filed charges against the Twin River property in Lincoln, RI after the union representing casino staff accused the venue of illegally withholding records of crimes committed at the property over the past three years. A trial is scheduled to begin October 29.