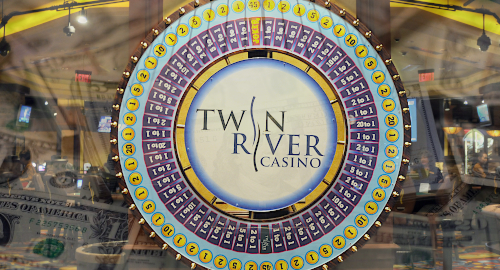 Figures released this week show the Rhode Island-headquartered TRWH generated revenue of $116.6m in the three months ending September 30, a nearly 10% fall from the same period last year. But adjusted earnings managed a 6.8% rise to $38m while net income slipped only 4% to $6.7m.

Pandemic restrictions on TRWH’s re-opened casinos were blamed for the revenue decline, even though the total got a boost from the additions of Casino KC (Missouri) and Casino Vicksburg (Mississippi), which formally became part of the TRWH fold on July 1.

The fact that the profit decline was limited to single-digit territory was credited to reduced marketing spending, the elimination of lower-margin amenities and “labor savings.” TRWH CEO George Papanier said the company’s “disciplined approach” had given the company the liquidity “to better deal with the kind of uncontrollable events 2020 has dealt us.”

TRWH previously tipped its post-pandemic strategy on appealing to ‘pure gamers,’ and the Q3 numbers bear out this approach. While hotel and food & beverage revenue were down dramatically from Q3 2019, gaming revenue improved 9.4%.

This is the final earnings report under the TRWH banner, as the company is rebranding as Bally’s Corporation effective November 9. The rebranding follows the company’s acquisition of the Bally’s Atlantic City casino from Caesars Entertainment earlier this year.

TRWH has undergone a dramatic transformation in recent years, from a minor regional player with two casinos in Rhode Island into a portfolio spanning 15 properties across 10 states (following the completion of this month’s deals for Tropicana Evansville in Indiana and Jumer’s in Illinois), boasting a total offering of 16k slots, 550 gaming tables and around 3,900 hotel rooms.

The Evansville deal involved the participation of real estate investment trust Gaming and Leisure Properties Inc (GLPI), which not only acquired the land underneath the Evansville property but also the dirt under TRWH’s Dover Downs Hotel Casino in Delaware.

Papanier said Thursday that TRWH looked forward to working with GLPI not only on these properties but “our potential opportunities in the future.” Papanier strongly suggested TRWH would look to realize some quick cash through “the untapped potential of our predominantly owned real estate portfolio.”

Some of this quick cash will be used to further TRWH’s embrace of sports betting and iGaming opportunities in markets in which such activity is permitted. The Bally’s deal gave TRWH three betting and five iGaming ‘skins’ in New Jersey and TRWH has already struck deals with PointsBet, Esports Entertainment, Sporttrade and theScore Bet, while retaining one betting and one iGaming skin for its own future use.

TRWH said its expanded property portfolio now included details on some 14m customers, and part of the Bally’s rebranding strategy will be incorporating all the standalone customer databases into a single loyalty program through which betting and iGaming amenities can be pitched.