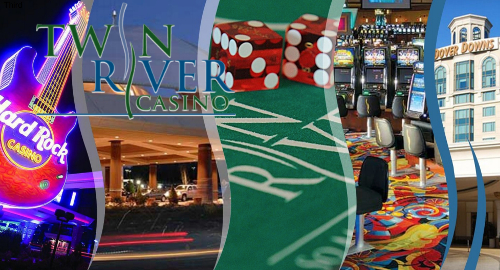 US regional casino operator Twin River Worldwide Holdings (TRWH) is blaming the month of March – and something called COVID-19 – for its nearly $9m loss in the first quarter of 2020.

TRWH was keen to point out that revenue was up nearly one-quarter through January and February, although that was mainly due to last year’s acquisition of regional rival Dover Downs Hotel & Casino and this January’s addition of three casinos in Black Hawk, Colorado.

Net income was down 44% by the end of February, before the pandemic forced the shutdown of all TRWH casinos, partly because TRWH’s credit-fueled acquisitions and pandemic-related borrowings pushed Q1 interest payments up $4.3m to $11.4m.

The two TRWH casinos in the company’s home base of Rhode Island continue to struggle, particularly its Lincoln property. Statewide revenue was down 15% through February as gamblers flocked to Wynn Resorts’ flashy new casino just over the border in Boston.

Unable to predict when the governments in the four states in which TRWH currently operates will allow its properties to reopen, TRWH says it’s drawn up plans to reduce its cash burn rate to $3m per month, but adds that it hopes it doesn’t need to take such drastic measures.

Based on the strong showing by the handful of tribal casinos that have reopened in recent weeks, TRWH president George Papanier believes “there’s going to be some pent-up demand,” and the lack of amenities due to COVID-19 precautions means “you’ll be getting more of a pure gamer” coming through the doors. Papanier claimed that “a gamer is a risk taker, and that bodes well for us.”

Throughout the enforced downtime, Papanier said TRWH had been communicating with its “top 20%” customers, who are “responsible for about 80% of our business,” and these customers have been “very responsive to our outreach.”

TRWH is currently in the process of closing deals to add five casino properties to its portfolio, including last month’s deal for the Eldorado Shreveport Resort & Casino in Louisiana, the Mont Bleu Resort Casino & Spa in Lake Tahoe, Nevada, and Bally’s Atlantic City.

The Bally’s deal will allow TRWH to enter New Jersey’s regulated online gambling market, representing the company’s first foray into the digital gaming sector outside of Delaware (via Dover Downs). Papanier expects good things from New Jersey online gambling, as Delaware “is really not set up appropriately” to make those verticals work.