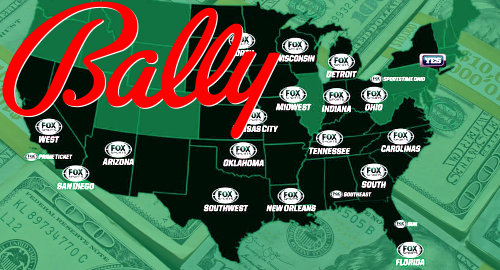 On Wednesday, the Rhode Island-based Bally’s Corp announced that it had formally completed its acquisition of the Bally’s Atlantic City Hotel & Casino from Caesars Entertainment. The deal, which was announced in April, received the blessing of New Jersey gaming regulators earlier this month.

The company formerly known as Twin River announced last month that it would be rebranding “virtually all” of its properties with the Bally’s name as well as adopting the moniker as its new corporate identity. The company further declared its intentions to launch a proprietary sports betting operation using the Bally’s brand.

Further to that discussion, Wednesday brought a report by the New York Post that Bally’s had reached a $100m deal to buy Bet.Works Corp, a sports betting and iGaming platform provider currently powering the sports betting operations of theScore Bet. Bally’s reportedly plans to have its new betting business fully in action by next June.

Shortly after this article was posted, Bally’s formally announced that the sale price was $125m, half of which will be paid in Bally’s stock that Bet.Works’ principals have agreed to hold for at least one year.

Bally’s chair Soo Kim called the acquisition “the next step in our company’s evolution,” which will also include the setting up of a ‘technology development center’ in Rhode Island by the end of next year.

The Post also reported that Bally’s had struck a mega-deal with the Sinclair Broadcast Group, America’s second largest broadcaster with nearly 200 stations in over 100 markets, covering roughly 40% of US households.

Sinclair’s media holdings include the former Fox Sports Networks, which control exclusive rights for dozens of major league sports franchises. The Post reported that the plan is for Sinclair to rebrand its 21 regional Fox Sports properties using the Bally’s name, for which Bally’s will pay Sinclair $85m over 10 years, with a potential five-year extension.

Bally’s officially confirmed the deal a few hours later, revealing that it will “integrate content into” all Sinclair stations, with the parties teaming up to “jointly market, design and integrate products on a state-by-state basis.”

Bally’s will also have “premium integration opportunities across Tennis Channel,” the home of nearly all major live tennis aired in the US, as well as Sinclair’s Stadium multi-platform sports network and the STIRR streaming app.

In exchange, Bally’s has committed an undisclosed percentage of its Interactive marketing spend to Sinclair properties, although Bloomberg reported that Sinclair retained the right to sell ads to and strike deals with other betting operators.

Sinclair recently announced a $4.2b write-down of its sports networks due to the pandemic disruption of major on-field activity, so any upfront cash will be more than welcome. The deal also gives Sinclair a 15% stake in Bally’s with the right to acquire a further 15% should the partnership achieve undisclosed financial benchmarks.

If any of this sounds familiar, it’s because Fox Sports’ parent company struck a similar deal with The Stars Group (TSG) in May 2019. That deal gave TSG an exclusive 25-year license for various Fox Sports trademarks, while the broadcaster took a 4.99% stake in TSG with the option to acquire a 50% stake in TSG’s US-facing business.

That deal predated both TSG’s acquisition by UK gaming giant Flutter Entertainment, as well as the sale of the Fox Sports stations to Sinclair by then-owner The Walt Disney Company to satisfy competition concerns.

US-facing betting operators have been trying to replicate the UK success story of Sky Betting & Gaming, which fused a gambling business with the media clout of broadcast heavyweights BSkyB. William Hill and BetMGM have attempted similar (albeit infinitely smaller) tie-ups for their US operations, while DraftKings has reportedly been sniffing around for similar opportunities.

Penn National Gaming’s acquisition of a 36% stake in Barstool Sports seems poised to become the most successful of these deals to date. While the Barstool Sportsbook app is currently only operational in one state (Pennsylvania), the early results have been encouraging.