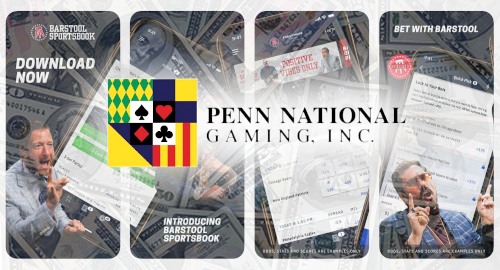 Casino operator Penn National Gaming (PNG) saw its shares tumble on Thursday despite the initial success of its Barstool Sportsbook app in Pennsylvania.

On Thursday, PNG announced that it had commenced an underwritten public offering of 14m shares, with a 30-day option for the underwriters to acquire an additional 2.1m shares. PNG says it will use the proceeds for general corporate purposes, which hopefully includes paying back some of the debt it took on when the pandemic hit.

Investors (perhaps even some of those Robin Hood types) promptly ran for the exits. PNG’s shares closed Thursday’s trading down 7.3% to just under $64 and lost slightly more ground in after-hours trading. The shares are now well below Tuesday’s peak of $74.36 but remain considerably better than their $4.52 nadir in March as COVID-19 forced the shutdown of nearly all US casinos.

In announcing its share sale, PNG offered some updates on its recent activity, including the performance of its reopened casinos in the third quarter through September 21. Pandemic health and safety restrictions resulted in revenue falling 11% from the same period last year, while earnings were down 18%.

PNG says it now expects its Q3 revenue to come in between $1.04b and $1.145b, ahead of consensus estimates of $1.03b. Earnings (before rent payments to its real estate investment trust landlords) are expected to be in a range of $410m-$450m. PNG offered no figures for its expected net income/loss.

PNG did offer hints regarding the recent debut of the Barstool Sportsbook app in Pennsylvania, which had a soft launch on Sept. 15 and went full bore on Friday, Sept. 18. From that Friday through this past Monday, the app was downloaded around 30k times – 35k counting the soft-launch window – while nationwide downloads totaled 180k.

Of those 35k Pennsylvania downloads, around 24k customers actually opened betting accounts, but only about half of those registrations resulted in first-time deposits. The average initial deposit was $243 and Barstool’s Pennsylvania bettors wagered a total of $11m over the course of that NFL weekend.

Last weekend’s wagering figures for the overall Pennsylvania betting market are unknown, but it seems possible that Barstool may have grabbed a low-double-digit share of the action. However, one swallow does not a summer make, and past performance over one bonus-heavy weekend is not indicative of an entire NFL season’s performance.