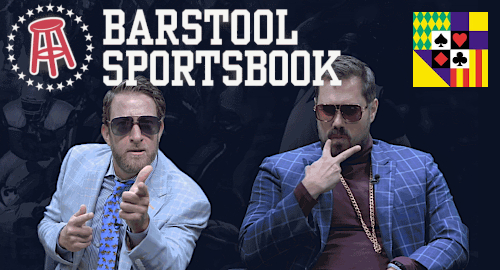 The soft-launch will be limited to a finite number of pre-registered participants who will put the app through its paces to ensure no hidden glitches emerge. Assuming the test goes well, the app will be opened up for real-money wagering to all Pennsylvania bettors on September 18, again, pending regulatory approval.

PNG has been developing its Barstool app ever since it acquired a 36% stake in Barstool Sports in January. In May, PNG CEO Jay Snowden said the process had been hampered by COVID-19, which forced its developers to collaborate remotely.

Snowden said Tuesday that bettors will be able to “engage” online with Barstool luminaries such as Dave Portnoy and Dan ‘Big Cat’ Katz – “including betting with them, or fading their picks” – as well as have the opportunity to “interact with Barstool personalities live at one of our many casinos’ retail Barstool Sportsbooks in the coming months.”

Snowden previously stated that the next states on PNG’s expansion roadmap are likely to be New Jersey and Michigan, although the latter state is still working on its final online betting/casino regulations.

In other PNG betting news, the company announced Tuesday that it had signed a 10-year betting and online gambling market access deal with Nordic online operator Kindred Group for the states of Illinois and Ohio. The launches in those states are subject to licensing approval and, in the case of Ohio, legislators approving legal wagering and/or online gambling.

Kindred’s Unibet brand has already launched in New Jersey, Pennsylvania and Indiana, and the Illinois launch is the company’s new US priority. The launch will be done through PNG’s Argosy Casino Alton riverboat casino in the state just outside of St. Louis.