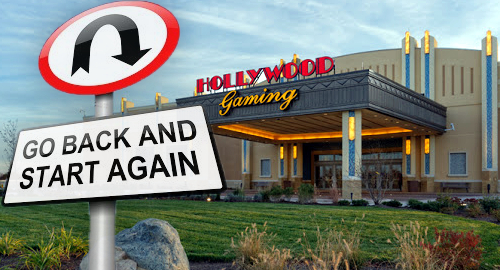 Casino operator Penn National Gaming (PNG) lost over $600m in the first quarter of 2020 as the COVID-19 pandemic infected the company’s bottom line.

Figures released Thursday show PNG generated revenue of $1.11b in the three months ending March 31, a 9.4% decline from the same period last year. Not bad, considering that PNG was forced to shut all 41 of its gaming venues in mid-March as the pandemic spread.

But earnings fell by half to $154.8m, and $616.1m in impairment losses – “primarily related to gaming licenses, trade names and goodwill” – resulted in PNG booking a net loss of $608.6m for the quarter. Despite the carnage, investors were positively giddy, pushing the company’s shares up 15.4% by the close of Thursday’s trading.

PNG has taken several steps to ensure its survival for however long the pandemic lockdown lasts. The company had roughly $731m of cash at the end of March and its monthly cash-burn has been reduced to around $83m per month. PNG said it expects it can break-even on an earnings basis with 25-30% of prior-year revenues.

DEAR SPORTS BETTING: PLEASE COME BACK
Speaking on the analyst call, PNG CEO Jay Snowden made it clear that the pandemic wasn’t simply a business matter, as “tragically, we have lost three of our own valued team members to the coronavirus.”

On a more positive note, Snowden said Penn Interactive’s real-money iGaming operations in Pennsylvania had enjoyed 60% growth from March to April, while social gaming revenue was up 24%.

As for the impact of sports betting on casino performance, Snowden referenced the launch of sportsbooks at four PNG casinos in West Virginia, Indiana and Mississippi, which resulted in overall property “revenues that were north of 10% year-over-year and EBITDA that was closer to 30% growth.”

Snowden said work was continuing on PNG’s Barstool Sports-branded sports betting app, although the engineers were now all working remotely. Snowden didn’t have an updated timeline for delivery, except to say that the app “will be soon to launch” by PNG’s next earnings call three months hence.

Speaking of Barstool, in which PNG acquired a 36% stake in January, Snowden said it had its “best ever commerce month” in April, which apparently is news to Barstool editor-in-chief Keith Markovich, who was quoted in a Daily Beast article on Thursday saying Barstool was “hemorrhaging money.” (Barstool founder Dave Portnoy responded to the article by calling the Beast reporter a “dick face.”)

CRISIS = OPPORTUNITY
Snowden offered an interesting insight into how the pandemic is reshaping attitudes within companies as to how they conduct operations. In terms of labor, Snowden suggested PNG would be “really thoughtful around how we ramp back up what our operating model looks like” at both the property and corporate levels.

In this current pandemic reality, cash is increasingly viewed as a germ-ridden liability, and Snowden noted that the casino industry is “probably the last out there, that transacts only in cash. So we’re working with our regulators right now to see if we can really accelerate this digitalization of payments on our properties.”

Snowden also marveled at the fact that PNG spent “almost $20m a year in direct mail production and postage,” a figure he called “mind-blowing.” Snowden said PNG was “rethinking everything that we had been doing and need to do on a go-forward basis,” and the net result of COVID-19 will likely mean “businesses can operate more efficiently than they did” pre-pandemic.

Is the NFL commissioner trying to renege on date with Dave Portnoy?
Erik Gibbs
18 May 2020