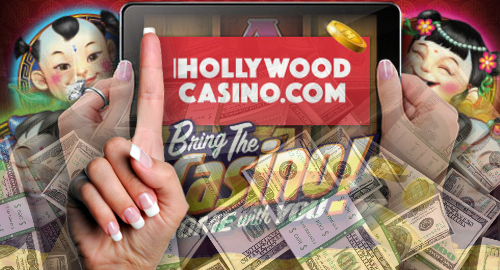 Regional casino operator Penn National Gaming (PNG) lost nearly $93m in the final quarter of 2019, but sports betting and online gambling are riding to the rescue.

PNG blamed the net loss on $34m in additional rent payments to its real estate investment trust (REIT) landlords and $173.1m in impairment charges due to accounting changes in financing obligations of PNG’s leasing arrangements. So it seems that there is actually a price to pay in selling off the family silver and/or real estate for a short-term cash boost. Who knew?

All four of PNG’s geographical casino segments reported year-on-year revenue gains, with the dominant Northeast segment posting the biggest rise, up 18% to $621.3m, thanks to the May 2019 addition of the Greektown Casino in Detroit. The South segment posted the biggest percentage gain, rising nearly 29% to $268.2m thanks to contributions from Louisiana’s Margaritaville Resort Casino.

Snowden singled out PNG’s Hollywood Casino Lawrenceburg in Indiana as generating 10% of its Q4 earnings “due to sports – the retail sports book. That’s powerful.”

Snowden said PNG and its tech partner Kambi are currently developing a new bespoke betting app that will launch in August. Snowden said the successful launch would be “absolutely critical to us” although he expects the benefits of its app will be “more visible in 2021 and 2022.” Snowden said PNG had set a goal of becoming “a top-three revenue market share leader for sports betting, retail and online.”

ONLINE GAMBLING
As for PNG’s nascent iGaming operations in Pennsylvania, Snowden said they’d turned “a small profit’ in Q4 despite the state’s “onerous 54% tax on slot revenues,” largely because PNG was “literally spending zero marketing dollars … outside of marketing to our database.” Better still, Snowden said the online activity had been “incremental to the brick and mortar business.”

Snowden said he expects that the spread of legal iGaming to more US states is ‘really where we believe we’re going to stand out.” Snowden said PNG hopes to be “higher than top three” in any intrastate online casino market and “number one in profitability.”

Snowden explained this bold profitability projection based on PNG’s regional footprint, which is so large “we don’t have the friction costs associated … with having to go in with a skin partner and pay 5% to 15% of net gaming revenue just for access.”

Snowden added that the depth and breadth of PNG’s reach meant that even after making a flurry of ‘skin’ access deals with four different partners, “we still have enough second and third skins in a number of our markets that we can do some bartering, some trading to get into other states maybe in return to give them access into states that we’re in.”

BARSTOOL SPORTS
Much of PNG’s iGaming and sports betting aspirations hinge on last month’s blockbuster deal to acquire 36% of online media platform Barstool Sports. Snowden said PNG is taking a “long-term perspective” on the benefits of the $163m deal, believing it will lead to “meaningful reductions in customer acquisition and promotional costs.”

Snowden noted that other companies had to spend “hundreds of millions of dollars to create the brand that they have today and to build a database.” Snowden said PNG determined that there was “a more efficient path to profitability for us.”

PNG plans to rebrand the betting area at its Hollywood Casino at Charles Town in West Virginia as the first Barstool Sportsbook early this year. A Barstool-branded online casino will likely make its debut sometime early in 2021.